JAKARTA, Jan 2, (APP - UrduPoint / Pakistan Point News - 02nd Jan, 2017 ) - Indonesian police said Monday they have detained the captain of a tourist boat that burst into flames en route to a holiday island and left 23 people dead, amid reports he was the first to jump ship.

The Zahro Express became engulfed by fire on Sunday shortly after it set off from Jakarta carrying about 250 local holidaymakers to celebrate the New Year on nearby Tidung island. Panicked passengers fought over life jackets and jumped into the sea as the huge blaze tore through the ferry after starting in the engine room, with authorities blaming an electrical fault for the accident.

Most were rescued but 23 were killed and 50 suffered injuries, with 19 still in hospital on Monday, according to the disaster agency. Police said the captain, named in local reports as Muhammad Nali, had been detained Sunday and was being questioned over suspected negligence in relation to the fire, which reduced the boat to a blackened wreck.

Several local media outlets reported the captain had jumped ship first, abandoning the tourists as the fire erupted, and was found floating in the sea before being rescued. Tonny Budiono, a senior official at the transport ministry, vowed to punish the captain if the allegations turned out to be true.

"If the captain jumped first then he is not a real captain -- the captain should be the last," he was quoted as saying in local media. "If it is true we will revoke his licence, he will not be allowed to sail any more." - Latest fatal accident - ========================= Jakarta police spokesman Argo Yuwono confirmed that "we are still investigating the case and questioning the captain", but did not give further details.

The boat's manifest said it was only carrying about 100 passengers, less than half the true number, although the transport ministry has said it does not believe the vessel was overloaded. The ministry has said a short-circuit in the engine room may have caused the fire.

Budiono said the boat was built in 2013 and was seaworthy and the weather was good. Vessels from several government agencies and divers continued to scour the waters Monday as a precaution. Officials said they believed that all passengers were now accounted for but they were having difficulties identifying some of the bodies because they were badly burned.

Tidung is part of the Thousand Islands, an archipelago that is a popular weekend getaway for residents of the teeming and overcrowded capital of more than 10 million inhabitants. It was just the latest fatal maritime accident in the vast Indonesian archipelago, which relies heavily on boats to ferry people round its 17,000 islands but has a patchy safety record.

In September a tourist boat on the resort island of Bali exploded, killing two foreigners and injuring about 20 others. At least 54 people died in November when an overcrowded speedboat carrying three crew and 98 passengers -- mostly Indonesian migrant workers -- struck a reef and sank on its way from Malaysia to Batam. 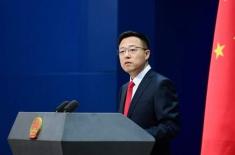 Shopping festival of int'l fair to be open online, ..