Nigeria's police chief on Tuesday demanded that officers crush to the "last man" an outlawed separatist group blamed for a prison attack by gunmen who freed more than 1,800 inmates and looted a police armoury

Assailants using explosives and rockets blasted their way into Owerri prison in southeastern Imo state at dawn on Monday, engaging guards in a gun battle and breaking out prisoners, penitentiary officials said.

Owerri was calm on Tuesday but the mood was apprehensive as residents said they worried about violence from escapees or being caught in an assault by security forces.

Police officials have blamed the attack on the Indigenous People of Biafra (IPOB) separatist movement, which has for years demanded an independent state for the indigenous Igbo people.

IPOB has denied any involvement in the Imo assault, though the group has recently posted videos on social media of dozens of militiamen in training.

"Police personnel must use their weapons against the IPOB members and crush them to the last man," Police Inspector General Mohammed Adamu said, visiting the site of the attack.

Imo is part of a region that has long been a hotbed for separatism and where tensions between Federal authorities and the Igbo population are often high.

No group has so far claimed responsiblity, although President Muhammadu Buhari called the attack an "act of terrorism" carried out by "anarchists".

- Charred remains - In Owerri, residents were fearful of more violence after the dawn assault.

Outside one of the buildings, charred remains of vehicles and fire-blackened walls showed the scale of the attack.

A total of 1,844 inmates were freed in the attack.

"Some of the inmates are back while we are hunting for the rest," a prison official told AFP, without disclosing his name or giving details on numbers.

Resident Chizoba Ekeh told AFP that "everyone is being careful while going about their normal businesses." Another inhabitant, George Onyemuwa, shared this concern.

"We do not know who the perpetrators are but I think the government needs to do something before it gets out of hand." 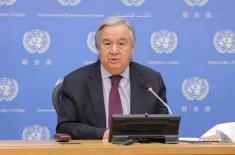 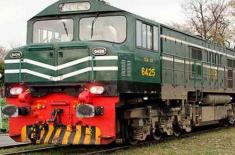 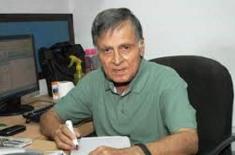 Glowing tributes paid to Ahfaz ur Reham on his fir .. 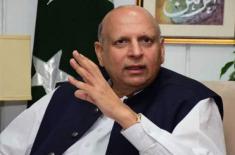