'No Decision Has Been Made' On US Participation In Open Skies Treaty - State Dept.

The United States has not yet made a decision on the future of its participation in the Open Skies Treaty (OST), a US State Department spokesperson told Sputnik on Wednesday

WASHINGTON (UrduPoint News / Sputnik - 07th April, 2021) The United States has not yet made a decision on the future of its participation in the Open Skies Treaty (OST), a US State Department spokesperson told Sputnik on Wednesday.

"No decision has been made on the future of US participation in the Open Skies Treaty," the spokesperson said. "The United States is actively reviewing matters related to the treaty and consulting with our allies and partners."

The State Department spokesperson said Russia's "continuing noncompliance with the Treaty is one of several pertinent factors."

"As this process continues, we encourage Russia to take steps to come back into compliance with the agreement," the spokesperson added.

Earlier on Wednesday, a diplomatic memorandum published by Defense news said the United States has informed its allies that the Biden administration believes any move to rejoin the OST would send a wrong signal to Russia.

The United States is "frankly concerned that agreeing to rejoin a treaty that Russia continues to violate would send the wrong message to Russia and undermine our position on the broader arms control agenda," the Biden administration said in the March 31 demarche to multiple allies. "We believe, however, that there are circumstances in which we return to OST or include some of OST's confidence-building measures under other cooperative security efforts.

The Biden administration did not provide details about its specific concerns, but it accused Russia of engaging in a pattern of disregard for its commitments though not of the same magnitude as its material breach of the INF Treaty.

On Tuesday, the US air force announced that two OC-135B planes, which conducted monitoring missions over Russia for nearly three decades, would be retired.

The head of the Russian delegation at the security negotiations in Vienna, Konstantin Gavrilov, told Sputnik on Tuesday that the move to decommission the planes shows the United States is not yet ready to rejoin the treaty.

The US left the OST in November, citing alleged violations by Russia. On Tuesday, Russian Deputy Foreign Minister Sergey Ryabkov told Sputnik that Moscow is completing domestic procedures to submit to the parliament a bill on the treaty denunciation, which means that Washington and its allies have 1.5 months left to decide on the fate of the surveillance flights deal.

During the 2020 campaign, then-presidential candidate Joe Biden criticized Donald Trump's move to abandon the OST. However, a flurry of Biden's executive orders reversing some of his predecessor's decisions has not included moves to rejoin the accord. 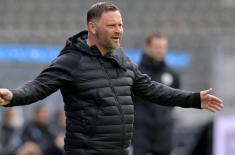 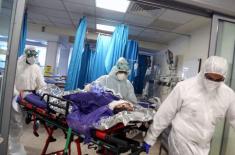 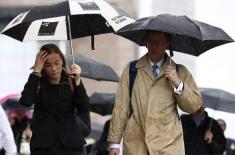 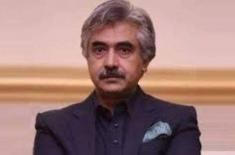 All resources being used for industrial developmen .. 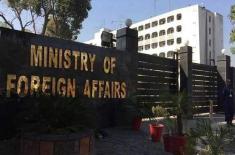