The world's largest economy is showing signs it is rebounding faster than expected from the damage inflicted by the coronavirus pandemic, but US officials on Tuesday signaled more aid may be needed to solidify the comeback

Washington, (APP - UrduPoint / Pakistan Point News - 30th Jun, 2020 ):The world's largest economy is showing signs it is rebounding faster than expected from the damage inflicted by the coronavirus pandemic, but US officials on Tuesday signaled more aid may be needed to solidify the comeback.

On top of the unexpected job gains in May, credited to the massive support programs provided by the CARES Act, new data released Tuesday show consumer confidence jumped in June.

"We have entered an important new phase and have done so sooner than expected," Powell said in testimony prepared for delivery at a House Financial Services Committee hearing.

But the April-June quarter is likely to see the largest decline in GDP on record after authorities shut down businesses nationwide, he said, adding a warning that unless COVID-19 is kept in check the economy cannot fully recover.

"A full recovery is unlikely until people are confident that it is safe to reengage in a broad range of activities." The comments come just days after several southern and western US states, including Texas and Florida, were forced to reimpose restrictions after seeing COVID-19 cases spike.

The Fed chief appeared with Treasury Secretary Steven Mnuchin to discuss the CARES Act approved in late March, which provides massive lending and aid to businesses and families.

Those programs, which also include trillions dollars of lending and bond buying efforts by the central bank, remain crucial, Powell said.

"The path forward will also depend on the policy actions taken at all levels of government to provide relief and to support the recovery for as long as needed," Powell said.

- 'Targeted' aid - Mnuchin said the "tremendous amount of funding" already approved by Congress is helping to shore up the economy, which should improve in the latter half of the year.

The secretary highlighted data showing that aid already released has helped spark a recovery, including creating 2.5 million jobs in May.

"While the unemployment rate is still historically high, we are seeing additional signs that conditions will improve significantly in the third and fourth quarters of this year," Mnuchin said.

Consumers were more confident in June, amid the improving employment situation and a slower pace of layoffs, the Conference Board said Tuesday. Its closely-watched confidence measure jumped to 98.1 from 85.9, although it remains below pre-pandemic levels.

Even while taking credit for the improvements, Mnuchin said President Donald Trump's administration will work with Congress on further steps to provide aid to businesses and workers harmed by efforts to contain the coronavirus, which he hoped to complete by the end of July.

But any additional relief "would be targeted to certain industries that have been especially hard-hit by the pandemic, with a focus on jobs and putting all American workers who lost their jobs, through no fault of their own, back to work," he said in his prepared testimony.

He highlighted industries such as retail and travel, that "are facing longer-term impacts and may require additional relief," even as many small businesses have been able to reopen at least partially. 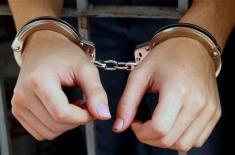 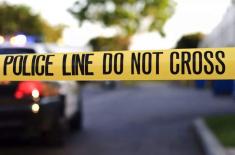 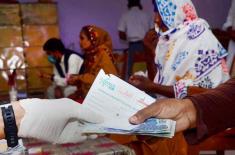 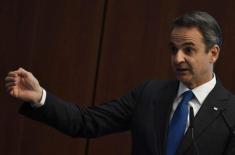 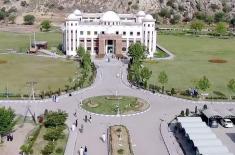 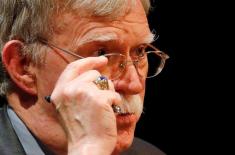