Four French police officers were charged Monday over the beating and racial abuse of a black music producer, as President Emmanuel Macron scrambled to contain the political fallout from the case that has sparked outrage in France

Paris, (APP - UrduPoint / Pakistan Point News - 30th Nov, 2020 ) :Four French police officers were charged Monday over the beating and racial abuse of a black music producer, as President Emmanuel Macron scrambled to contain the political fallout from the case that has sparked outrage in France.

The attack on Michel Zecler -- which was caught on camera -- has become a new rallying cause for critics of the police, who accuse the force of institutionalised racism and brutality.

It has also ramped up pressure on the government to scrap or revise a bill that would restrict the filming of police after mass demonstrations at the weekend that left dozens injured.

Lawmakers from President Emmanuel Macron's party said Monday that they would propose a "complete rewrite" of part of the draft law.

Christophe Castaner, the parliamentary chief of Macron's ruling LREM party, denied that it marked a climbdown by the president.

He said the rewrite aimed to balance the need to protect the police with "the basic right to freedom of information".

The meeting aimed to come up with "suggestions to restore confidence" between the police and the population, government sources said.

Castaner acknowledged the "deepening incomprehension" over the draft law, which aims to restrict the right of the press -- and of social media users -- to publish images of on-duty police.

Interior Minister Gerald Darmanin was to face questions from a parliamentary commission over the law later Monday.

Earlier Monday Pierre Person, a member of the parliamentary commission said that "a rewrite of the article or the creation of yet another committee won't put an end to the mistrust felt by a part of the population." "I am therefore in favour of deleting Article 24," he told the Le Parisien newspaper.

- Policemen behind bars - Human rights activists say the images of the beating -- first published by the Loopsider news site -- might never have been made public if Article 24 had already been in force.

The bill would criminalise publishing images of the police with the intent of harming their "physical or psychological integrity.

" It was passed by the lower house National Assembly this month, though it still requires approval from the Senate.

A Paris investigating magistrate early Monday charged all four officers involved with assault by a person holding public authority. Three were also charged with fabricating their statement on the incident.

Two of the accused will remain behind bars but the other two were freed on conditional release, a judicial source told AFP.

On Sunday, Paris prosecutor Remy Heitz called for three of the officers to also be charged with racial abuse.

He said that the officers had acknowledged that their use of force was unjustified, but that they claimed they had acted in "fear" and "panic," and denied any racist abuse.

- Macron 'in a trap' - Zecler had been stopped for not wearing a mask. The police also claimed he smelled strongly of cannabis but only a tiny amount of the substance was later found in a bag, the prosecutor said.

Critics says the new security legislation is further evidence of a slide to the right by Macron, who came to power in 2017 as a centrist promising a liberal overhaul of France.

Macron said Friday that the images of Zecler's beating "shame us".

The president "is caught in a trap," said the headline in the left-leaning Liberation daily.

The protests in Paris saw a brasserie set alight, cars torched and stones thrown at security forces, who responded with tear gas and anti-riot tactics.

- 'Blood all over the streets' - Among those hurt was an award-winning Syrian photojournalist, Ameer al-Halbi, 24, seen with a bruised face and much of his head covered in bandages in AFP photos.

Al-Halbi is a freelance photographer who has worked for Polka Magazine and AFP.

"We are shocked by the injuries suffered by our colleague Ameer al-Halbi and condemn the unprovoked violence," said Phil Chetwynd, AFP's global news director.

Al-Halbi, who was unable to get to hospital for several hours, said the events felt like a throwback to the Syrian civil war.

"I never expected Paris to be a place where I would see blood all over the streets," he told AFP. 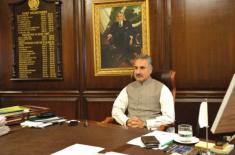 CS directs for chalking out plan to curb kite flyi .. 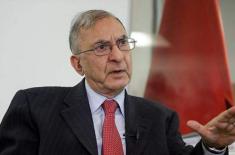 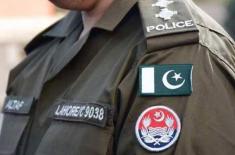 SI suspended for misbehaving with woman 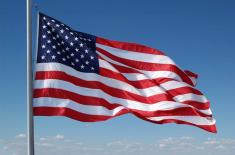 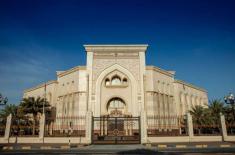