RPT: ANALYSIS - US Economic Assault On China Over Virus Could Open Door To Hot War

WASHINGTON (UrduPoint News / Sputnik - 05th May, 2020) The Trump administration could make conditions ripe for a military confrontation with China if it carries out threats to punish Beijing financially over the costs associated with the coronavirus pandemic, experts told Sputnik.

On Sunday, just days after US President Donald Trump threatened to hit China with new tariffs, Secretary of State Mike Pompeo repeated allegations that the coronavirus sprang from a Wuhan lab. In addition to anger over the origin of COVID-19, US lawmakers have argued that because China failed to inform the world in a timely manner it should bear the costs of virus-related economic shutdowns.

The World Health Organization (WHO), which Trump accuses of being in bed with China, on May 1 reiterated that the virus's published genomic sequence shows that COVID-19 is not a laboratory construct. The WHO has also said its declaration of a global health emergency earlier this year gave countries enough time to respond appropriately while Beijing maintains it provided information in a timely fashion.

Some economists are worried that a trade war will only exacerbate the ongoing global recession which the International Monetary Fund has already predicted could end up being more devastating than the 2008 financial collapse.

As unemployment skyrockets in both countries, nationalistic fervor has been on the rise. Mistrust of China in the United States has reached all-time highs, recent polling shows, as Trump blames Beijing and the WHO for America's economic woes. The Trump administration even froze WHO funding after accusing the organization of helping China cover up the origins of the virus.

Meanwhile, on the military front, last week China banished a US Navy destroyer from the South China Sea, characterizing Washington's move as a provocation and a serious violation of international norms.

UC Santa Cruz Professor of politics Ronnie Lipschutz told Sputnik one can look at historical cases to try to guess what might happen as a result of Trump's policies. He sees the current situation as a combination of the international conditions of the decade or so prior to WWI and the domestic conditions during the Weimar Republic before and after the 1929 stock market crash.

"Neither of those turned out well: Great power competition in a setting of high trade interdependence - [i.e.] Britain and Germany - and civil struggle culminating in fascism," Lipschutz said.

Lipschutz disagrees with some scholars who claim the United States and China are entering a Cold War-phase.

"A Cold War requires low levels of exchange between countries, and that is not the case right now," he argued. "With rising tensions and the Administration's decision to send naval forces into the South China Sea, I very much fear an unintended war... And if there is a war, it will likely be nuclear."

Lipschutz said "obstinate nationalism" is one of the biggest obstacles to defusing the crisis, and with an election coming up Trump might decide to assert himself. In the meantime, he noted, Trump has targeted foreign countries and international entities as culprits - namely, China and the WHO.

"Trump, as always, deflects blame and looks for a scapegoat and seeks to mollify his base, especially the xenophobes," Lipschutz said.

Boston College Professor of Political Science Robert Ross believes the US will find it difficult to pressure Beijing on the military front because China's naval forces could make things challenging for both the United States itself and its partners.

"The Chinese Navy is doing better than the American Navy in terms of the long-term trend.

.. [and] in the South China Sea will become more active in putting pressure on American allies," Ross told Sputnik.

In addition to Trump's tariff threats, some US lawmakers have even called for canceling America's debt obligations to China, which exceed $1 trillion. However, even Trump voiced concerns it could harm US credit ratings.

Ross said it will be difficult for the US because the trends in US-China relations are increasingly more favorable toward Beijing.

Lipschutz said the problem with an economic war is that the United States does not have the capacity to replace all that is being imported from China.

"There is no way for the US to wean itself from China, especially given the latter's stock of US debt," Lipschutz said. "The pandemic economic shock will prove very difficult and I suspect China will come out much the better from it."

Other countries and more sober-minded critics have also been critical of Beijing's handling of the crisis, and are especially concerned about the wet markets from which the virus sprang.

Brookings Institution Scholar Michael O'Hanlon, however, told Sputnik that even if China is responsible for the outbreak and worthy of criticism, the Trump administration's approach would set a bad precedent.

"There is no doubt that China was careless with open air markets. But where does this end? Do people start suing the US for too many carbon emissions? Do countries start hiding outbreaks so they can't be blamed for them and sued in the future? I don't think this concept works," O'Hanlon said.

That said, O'Hanlon added, the crisis should be a blow to China's soft power and the Chinese model writ large, though Beijing's response in 2020 has partially mitigated that.

Although the coronavirus is an indiscriminate and borderless security threat that calls for more international cooperation, the crisis has actually pushed Beijing and Washington farther apart.

Former US Secretary of State Henry Kissinger, who helped then-President Richard Nixon open up relations with China, observed this paradoxical development. In a Wall Street Journal piece in April he said "the pandemic has prompted an anachronism, a revival of the walled city in an age when prosperity depends on global trade and movement of people."

Ross does not see the situation improving anytime soon, despite the need for Washington to collaborate with China and the WHO.

"I think it would be important for the US to improve cooperation with China in the WHO, but this is not our policy. We should have greater cooperation in trade. We should have more cooperation on climate change, on nuclear non-proliferation, including on North Korea and Iran," Ross explained. "The Trump administration does not want to and won't cooperate on any of these issues."

Ross did argue, however, that if the US puts more pressure on China regarding ideology and can isolate it internationally, Beijing will become more cooperative in investment and in multilateral institutions.

Lipschutz suggested that Trump does not see much value in international cooperation beyond personal profit.

"He seems to be some kind of isolationist - unless one of his or his relatives' properties are involved," Lipschutz concluded. 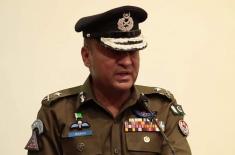 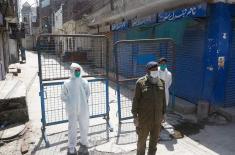 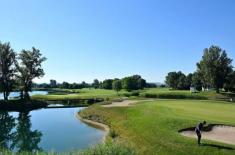 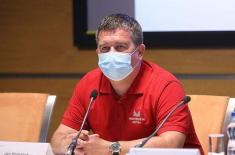