MOSCOW (UrduPoint News / Sputnik - 06th March, 2021) The European Union risks alienating Russia even more with its new sanctions imposed this week over the alleged poisoning of an opposition activist, Andrej Hunko, a senior lawmaker from the Left Party in Germany told Sputnik.

"The EU's relations with Russia have reached a historic low, which I very much regret. The latest decisions on sanctions are likely to further fuel this development," Hunko, the Left Party spokesman in the parliament's committee on EU affairs, said.

He argued it was "contrary to the principles of the rule of law" for the EU to point the finger of blame in the suspected poisoning and react with new rounds of sanctions. He said breaches of law must be prosecuted under existing laws.

Hunko said that instead of gradually dismantling their diplomatic affairs the EU and Russia should come together to tackle the pandemic, global warming and threats to peace.

"For this, both sides would have to be ready to take steps towards detente," he said, adding that the EU needed to put aside its presumptuousness and return to dealing with Russia with mutual respect.

The EU slapped sanctions on Monday on several Russian officials accused of playing a role in the suspected attempt on Alexey Navalny. The United States followed suit with sanctions of its own on Tuesday. Russia dismissed the restrictions as another hostile lunge against it. 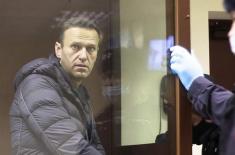 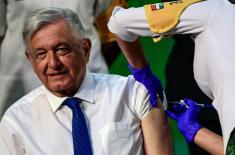 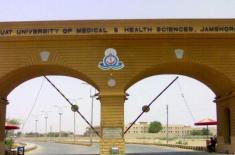