RDIF and Japan's Mirai Genomics have developed a new diagnostic system for detecting the coronavirus, which can be used both at static laboratories and at unique portable mini-laboratories. The system is using the SmartAmp method, enabling express diagnostics within up to 30 minutes. It has already received an approval from the Russian health care watchdog.

"There are currently three products based on our technology.

The fist one is a solution for existing laboratories that conduct PCR tests. They can use our test, and then it will take 30 minutes instead of two hours. The second one is a portable mobile device, which can be used at corporations and airports for conducting tests there. The device allows testing 20 people within an hour. And the third one is a device that we will have, a large automatic diagnostic system. It will open the way for conducting over 5,000 tests daily. This machine will be delivered in four weeks already. It will appear in Russia, and we will also promote it to international markets," Dmitriev said. 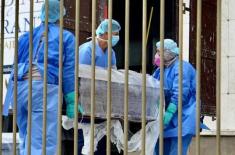 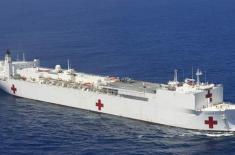