"The Ministry of Energy and ACWA Power held a ceremony to launch the construction of the Syrdarya Thermal Power Plant with a power capacity of 1,500 MW," the Uzbek ministry said in a press release.

According to the press release, the Uzbek government and ACWA Power have signed another two agreements, worth around $1.3 billion, to build two wind farms in Navoiy and Bukhara, two regions located in Uzbekistan's center-west, with a combined power capacity of 1 GW.

The construction of all three plants has a status of a public-private partnership, the ministry said.

"The implementation of these projects will ensure that power production matches Uzbekistan's demand, which is expected to reach 110 billion kilowatt-hours by 2030," the press release read. 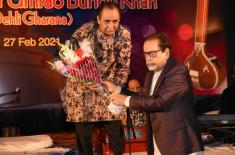