TORONTO (UrduPoint News / Sputnik - 13th May, 2021) Canadian Prime Minister Justin Trudeau was cleared of wrongdoing in the third Conflict of Interest probe against him stemming from the charity scandal that has plagued his government for nearly a year, Ethics Commissioner Mario Dion ruled on Thursday.

Trudeau as well as current and former members of his cabinet incurred heavy criticism last summer after media revealed close ties between the officials' families and the WE Charity, in light of a government decision to award the charity a $670-million sole-source contract to administer a government-sponsored student volunteer program.

WE Charity co-founders Craig and Marc Kielburgers have testified before the parliamentary finance committee that the charity has paid members of Trudeau's family $342,955.72 in speaking and expense fees over 42 events.

"During the examination, I determined there was no friendship between Mr. Trudeau and the Kielburgers, nor was Mr. Trudeau involved in any discussions with them leading to the decision," Dion said in a statement following the release of the report.

Dion made the determination despite Craig Kielburger, who along with his brother have found themselves at the heart of the scandal, calling Trudeau a friend and someone he has known for more than a decade in an interview with the Ottawa Citizen in 2015.

However, despite Trudeau walking away from the investigation legally unscathed, his former finance minister, Bill Morneau, was found guilty of contravening three sections of the Conflict of Interest Act, including making a decision that would further his private interests and giving preferential treatment to WE Charity.

"As soon as Mr. Morneau was advised that WE would likely play an important role in the student relief initiative, he should have recused himself from that point onwards from Cabinet discussions and decision making," Dion said, noting that the evidence "suggested the existence of a relationship" between Morneau and Craig Kielburger.

The former finance minister, who resigned from his post in August in the wake of the scandal, had faced intense backlash following his admissions that he accepted expense paid trips and that both of his daughters have relationships with the charity.

While Thursday's rulings mark the end of the individual ethics investigations, there are currently multiple ongoing parliamentary probes of the Trudeau government's actions in awarding the multi-million-dollar contract. 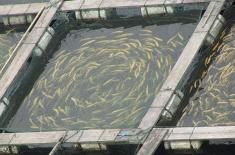 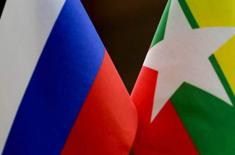