WASHINGTON, (APP - UrduPoint / Pakistan Point News - 06th Jan, 2017 ) : US President-elect Donald Trump on Thursday threatened to impose steep import taxes on Toyota if it goes ahead with plans to build a factory in Mexico to export cars to the United States.

"Toyota Motor said will build a new plant in Baja, Mexico, to build Corolla cars for U.S. NO WAY! Build plant in U.S. or pay big border tax," Trump said in a tweet, his latest attack on auto manufacturers investing abroad rather than in the United States.

Toyota in November celebrated the groundbreaking for the $1 billion plant in Guanajuato, in central Mexico -- not in Baja, which borders California, as Trump said. A Toyota spokesman said the company is planning to respond to Trump's tweet.

The company's share price was down 0.6 percent from Wednesday's close, with much of the decline following Trump's tweet shortly after 1800 GMT. Ford this week canceled plans for a $1.6 billion plant in Mexico after coming under attack by Trump.

Trump on Tuesday also called for retaliatory taxes to be imposed on General Motors for making some of the Chevrolet Cruze compact cars in Mexico. According to the company, all Cruze sedans sold in the US are built in Ohio with a small number of hatchbacks sold in the US built at a plant in Mexico.

Toyota is planning to produce Corolla models staring in 2019 and employ 2,000 workers at the Guanajuato plant, the company's 15 manufacturing facility in North America. 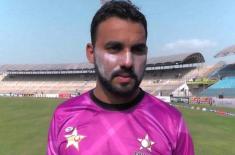