LONDON (UrduPoint News / Sputnik - 23rd February, 2021) UK Prime Minister Boris Johnson is scheduled to call on the UN Security Council members on Tuesday to help vulnerable countries adapt to the impact of climate change and cut their carbon emissions to net zero by 2050, as he becomes the first UK prime minister to chair the top UN body in 30 years, the government has announced.

"Unlike many issues the Council deals with, this is one we know exactly how to address. By helping vulnerable countries adapt to climate change and cutting global emissions to net zero, we will protect not only the bountiful biodiversity of our planet, but its prosperity and security," Johnson is expected to say at the virtual meeting.

He is also expected to warn the UN body that unless urgent action to tackle climate change is taken, the world risks worsening conflict, displacement and insecurity.

Johnson will be addressing the UN Security Council composed of five permanent members - China, France, Russia, the United Kingdom and the United States - and 10 elected non-permanent members, as part of the UK's month-long presidency.

The last time a UK prime minister chaired the UN body was John Major in 1992.

Renowned natural historian and broadcaster Richard Attenborough is also expected to address the meeting and call for action to bring emissions down and avoid the "tipping points" that will make climate change unstoppable.

"If we objectively view climate change and the loss of nature as world-wide security threats - as indeed, they are - then we may yet act proportionately and in time," Attenborough will say, as quoted in the government statement.

The leading environmentalist will also warn that the upcoming UN Climate Change Conference or COP26 to be held in the Scottish city of Glasgow in November may be the last chance to make the necessary progress. 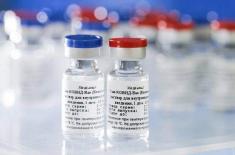