The United States Embassy in Georgia on Tuesday expressed concerns over the Georgian government's decision to detain the leader of the opposition National Movement (UNM) party, Nika Melia

Earlier in the day, police stormed the party office and detained Melia and over a dozen other activists based on the decision of the Tbilisi City Court. The United Kingdom's Ambassador to Georgia Mark Clayton condemned the detentions and called on the Georgian government to restrain from violence.

"The United States Embassy is deeply concerned by the government's decision to detain the head of a major opposition political party at the party headquarters this morning. We regret that the call of the United States and other international partners for restraint and dialogue was ignored," the embassy wrote on Twitter.

The embassy added that the use of force against the representatives of the opposition pulled the country away from Tbilisi's goal of becoming a stronger democracy.

"We are dismayed by the polarizing rhetoric from Georgia's leadership at a time of crisis. Force and aggression are not the solution to resolving Georgia's political differences. Today, Georgia has moved backward on its path toward becoming a stronger democracy in the Euro-Atlantic family of nations," the embassy said.

Prior to his recent detention, Melia was briefly arrested for leading riots and anti-Russian protests back in June 2019 and later released on 30,000 Georgian lari ($9,063) bail. He was forced to wear a monitoring bracelet but removed it publicly during another wave of opposition protests, which erupted in November 2020 in non-recognition of the general election results. This prompted the court to revise the conditions of Melia's release and impose a new bail, totaling 40,000 lari. The UNM chairman has refused to pay the bail. 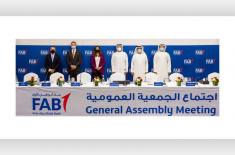