EL PASO (UrduPoint News / Sputnik - 14th May, 2021) Val Verde County Sheriff Joe Martinez told Sputnik his border community is seeing a substantial increase in crime due to the ongoing illegal migration crisis that is attracting human smuggling networks to the southern US border.

"Now the criminal element from Austin, San Antonio, Houston, Dallas, is coming here to smuggle the Mexicans, the Guatemalans, the El Salvadorans, [among others]... So what that causes, it brings these human smuggling organizations into our county and those human smugglers are being put in jail," Martinez said, adding that such developments are overwhelming the county jail and will likely cost US taxpayers more money to address the issue.

Val Verde County is located in an area along the Texas-Mexico border identified by the Federal government as the Del Rio sector, which has so far had 90,394 apprehensions of illegal migrants since October, Customs and Border Protection (CBP) data revealed this week. In March and April, US immigration enforcement agents apprehended about 20,000 illegal migrants each month in this region.

The Del Rio Sector is one of the busiest sections of the US southern border dealing with an influx of asylum-seeking migrants arriving at the border this year, a 377 percent increase compared to the same period last year, according to CBP data.

In March, deputies were involved in two chases to catch human smugglers that ended in crashes and resulted in the deaths of eight Mexican migrants in one incident and the death of another Mexican migrant in the other incident, he said.

President Joe Biden's decision to immediately halt construction of the new border wall has hurt the Val Verde County community by leaving it with a barrier that is 10 percent complete and useless in stopping illegal border crossings in the region, Martinez said.

Shortly after taking office in January, Biden eliminated many of former President Donald Trump's immigration measures, including terminating the Migrant Protection Protocols program and halting construction of a wall along the 2,000-mile US border with Mexico.

The Trump administration was able to construct 400 miles of the large steel wall structure despite lengthy court battles and opposition from Congress.

"We're in this for the long haul," Martinez said. "They [Biden administration] need to set more funds so that we can put more manpower at the border to help our federal partners who are overwhelmed. At the end of the day, the biggest thing is we need to go back to the rule of law, enforce the laws that are on the books... If nothing changes, this problem is going to continue and it's bad as it is now."

"The message that has been initially set by this administration: that they're going to be more lax on enforcing that," Martinez said about Biden's immigration policy. "So people started to come and now those people that are here, they've called back home and they say, 'You know what, you can make it, you can do it,' so word travels back that they were successful in getting here so they're encouraging other family members, other friends to take the journey."

Most of the migrants apprehended in the Del Rio sector are Venezuelan nationals who say they are fleeing Venezuela due to corruption, Martinez said.

CBP released data on Tuesday that showed a total of 178,622 migrants were apprehended at the US southern border in April, the highest monthly total since early 2000.

Most of the migrants arriving at the US southern border continue to be single adults and migrant family units, mostly from Mexico, Honduras, and Guatemala. So far, 749,613 migrants have been apprehended on the US-Mexico border since October.

"More funds would allow to put more deputies on the street, more overtime funds, but at the end of the day those overtime funds have nothing to show for other than having an individual who has been on the ground - it's the same pair of boots on the ground, it's not a new pair, so those individuals get tired also and the way things are going right now, it doesn't look like this is going to go away any time soon if something doesn't change," Martinez said. 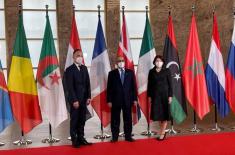 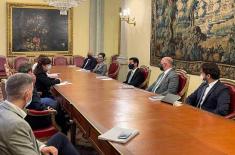 Being GoH at SIBF is highly significant for Spain: .. 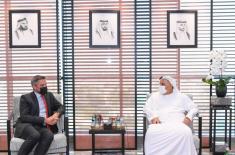 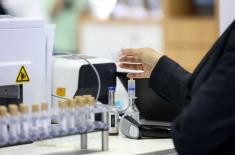 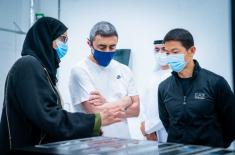 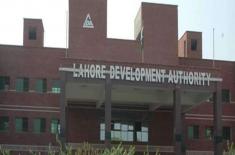