Warring Sides In Yemen Back Calls For Coronavirus Ceasefire

Sanaa, (APP - UrduPoint / Pakistan Point News - 26th Mar, 2020 ) :All sides in Yemen's long conflict offered support on Thursday for the United Nations' call for a ceasefire to protect civilians from the coronavirus pandemic.

The move came on the fifth anniversary of regional power Saudi Arabia's intervention in Yemen's civil war, at the helm of a military coalition supporting the internationally recognised government against the Huthi rebels.

Yemen's broken healthcare system has not so far recorded a case of coronavirus but aid groups have warned that when it does hit, the impact will be catastrophic in a country already regarded as facing the world's worst humanitarian crisis.

Millions of people have been displaced and diseases including cholera are widespread due to the scarcity of clean water.

Saudi Arabia, the Yemen government and the rebels all welcomed the appeal from UN Secretary General Antonio Guterres who this week called for an "immediate global ceasefire" to help avert disaster for vulnerable people in conflict zones.

However, the Yemen conflict has been punctuated by failed agreements, and negotiating a pause could be very difficult. None of the parties to the conflict spelt out any mechanism for the process.

"The government of Yemen welcomes the call of the UN chief... for a ceasefire in the face of coronavirus, and to de-escalate acts of violence in the entire country," it said in a statement.

"The political, economic and health situation require halting all escalations... to preserve people's lives and deal responsibly with this pandemic." The Saudi-led coalition also backed the initiative, saying: "We support the Yemeni government's decision to accept the UN's calls for a ceasefire." The Huthis, who move into the sixth year of the conflict in a strong position with more strategic gains in recent months in the country's north, also welcomed Guterres's call to wind back fighting.

Mehdi al-Mashat, head of the Huthis' political wing, expressed the insurgents' "total readiness to be open to all efforts and initiatives in the context of a full and real ceasefire".

In his appeal from UN headquarters in New York on Monday, Guterres said: "The fury of the virus illustrates the folly of war.

"That is why today, I am calling for an immediate global ceasefire in all corners of the world."

Foodpanda financially aids their heroes during the ..

Give Time for Lockdowns to Work or Virus Cannot Be .. 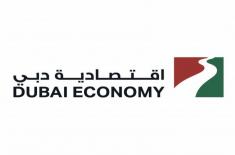