Samsung Galaxy A10 Price in Pakistan 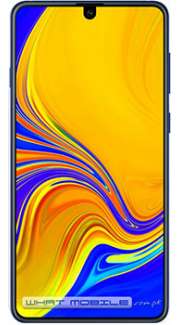 Samsung Galaxy A10 price is 21,999 Rs in Pakistan. It has 6.2 inches screen, back camera with 13 MP and front camera of 5MP. It packs up with 32GB onboard storage and 2GB RAM and a powerful battery of 34mAh battery. It does not come with a fingerprint sensor but with a face ID.

Samsung Galaxy A10 price in Pakistan:

A reliable company Samsung introduces trustworthy devices for a long time. That is why people keep blind believe for Samsung any device that is why Samsung comes in the top list of best-selling smartphone company. A name of trust is Samsung and depending on its name people turn toward this side while deciding on purchasing a phone. Samsung A10 price in Pakistan is 21,999 Rs. that seems pretty comfortable with trusty and novelty of features.

Samsung A10 comes with a large 6.2 inches screen, plastic back, plastic frame and front of the glass. Plastic back sometimes feel annoying because the plastic screen is not scratch resistant as compared to glass or steel. It has dimensions of 155.5 x 75.6 x 7.9mm and very light to carry with the weight of 168g. Its design is very simple and not stylish and catchy, because of this many users may not attract towards it if you like stylish and bright looks of a mobile then this smartphone is not for you.

This mobile size is large, some of the users like large phones because of the large screen but a few users do not like this extra-large phone because it does not feel handy.

This smartphone holds 6.2 inches large screen with a resolution of 720 x 1520 pixels which provides you HD view and delights you while watching movies and playing games. 16M colors and HD resolution evokes a desire of playing games in a person who does not play games. This screen is IPS LED capacitive screen and multitouch. In addition to this, this screen is not giving you corning Gorilla Glass protection, it is made of just a simple glass although that glass is solid but not as much as Gorilla glass. One will have to use an external glass protector to protect it. That is still not satisfactory and disappointing.

Samsung’s this device is powered by android OS 9.0 and chipset of Exynos 7884 these both enhance its working speed and optimize its performance. There is an octa-core processor that is available for you to use more apps at once, and make mobile performance smooth when running more than one app simultaneously. Furthermore it is equipped with Mali G71 that will allow you for playing games. Now by using these high active processors you can play more games, download social media apps without getting slow your mobile phone.

A10 Samsung galaxy has 13MP back camera with LED flash, panorama and HDR, back camera also has auto face detection and auto flash. This camera will give you the best photography experience, because it has built-in stickers and filters and beauty feature that make your pictures more efficient.

The secondary front camera comes with 5 MP that seems pretty good for capturing pictures. but it is observed that it does not give satisfactory results as we hope. Thus, if you love to take selfies then think before buying this Samsung A10 galaxy.

Samsung A10 is equipped with a 3400 mAh battery that is quite good for a whole day. If you are an extreme user your galaxy A10 does not annoy you by charge it again in one day. And if you are a normal user then it is capable to run more than a day without any recharge.

32 GB of internal storage Samsung A10 provides and 2GB of RAM. System and built-in apps cover little bit space and remaining is for your data. You may store hundreds of pictures, videos, movies audio video songs, personal and office important data. Some of you have the argument of low RAM that is not satisfactory for some people. Samsung has solved this issue by placing a slot for a micro SD card in it. You can add an SD card storage of up to 516GB. But in this case you will have to use external storage.

With these specifications and features price of Samsung A10 in Pakistan is 21,999Rs. that seems pretty reasonable not less not excess with as compared to its specs. You may know the latest Samsung mobile prices as  Samsung C5, Samsung A30, Samsung A20.

What mobile A10 Samsung price in Pakistan?

Samsung Galaxy A10 price in Pakistan is 21,999Rs. it comes with 6.3 inches large screen, 3400 mAh battery and 32GB internal and 2GB RAM. Moreover it is equipped with 13MP back and 5MP front camera.

Is Samsung galaxy A10 a good phone?

It depends on you if you are going for a phone with the best selfie camera and wide storage then turn your way this phone is not for you, but if you are seeking a powerful processor and a mobile for gaming then you should go for it.

Is Samsung galaxy A10 is good for gaming?

Samsung Galaxy A10 has Mali G71, this show you a good performance while gaming.

What is the ram of Samsung galaxy A10?

Samsung Galaxy A10 gives you a Ram of 2GB, that may disappoint you, but it also placed a slot for micro SD card, you can insert a micro SD card up to 516 GB. So you can store data in external storage.

Does Samsung galaxy A10 have a fingerprint scanner?

Unfortunately not, Samsung Galaxy A10 has no fingerprint sensor at all. This may annoy you because it provides a more satisfactory lock than any other passcode and in advanced in modern mobiles. However Samsung Galaxy A10 has a face recognition feature that you can use in the place of fingerprint lock. But here lies a problem that this face ID does not work rapidly that is why this is not reliable.

How many colors are there in Samsung galaxy A10?

Samsung Galaxy A10 comes in just two colors, these are Black and Blue. It also comes in a simple design, not attractive looks it possesses.

Does Samsung A10 have a wireless charging option?

No, unfortunately Samsung galaxy A 10 does not support wireless charging.

Samsung Galaxy A10 e and Samsung galaxy A10 are almost similar to each other but some minor differences lie in both.