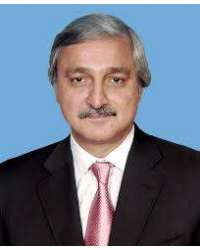 Born in 1953, Mr. Tareen received his early education from Saint Mary Rawalpindi and Sadiq Public School, Bahawalpur and stood for his matric and F. Sc. Exams from Karachi. He graduated from F.C. College in Lahore. Upon graduation, he proceeded to the United States of America for higher education and was awarded the degree of Masters in Business Administration from the University of North Carolina in 1974.