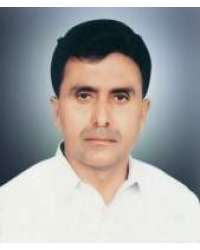 Qazi Ahmad Saeed son of Qazi Saeed Ahmad was born on June 1, 1968 at Khan Bela, Tehsil Liaquatpur, District Rahim Yar Khan. He obtained the degree of LL.B. in 1993 from University of Karachi, Karachi and that of MA in 1995 from Shah Abdul Latif University, Khairpur, Sindh. An agriculturist, who served as Member, Provincial Assembly of the Punjab during 2002-07, 2008-13 and has returned to Punjab Assembly for the third consecutive term in general elections 2013. His grandfather, Qazi Allah Diwaya remained Member, Provincial Assembly of West Pakistan during 1956-58.