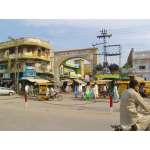 Chakwal
Watch This Video On Youtube
Nauman is a citizen of Chakwal he was issued a traffic challan of 300 rupees on national highway. But according to him the Chakwal which was issued against him was not right according to the clause. He challenged that challan in Islambad high Court and uptill now he has spend almost 35 thousand to prove his point. What is the whole story let us know in this video.
Anchor: Qamar Abbas