CHENGDU, China, (UrduPoint / Pakistan Point News - 23rd july,2016) : The world's major economies need to deepen cooperation on tax collection as companies seek to minimise the amount they pay to governments, finance ministers said Saturday. The issue has become controversial in many countries, with multinational firms from Google to Starbucks facing accusations of not contributing appropriately to the economies where they make their money, and multi-billion-dollar merger proposals being partly driven by tax considerations. "When the current cross-border tax rules were developed they were tied to concepts that reflected geography and national boundaries," US Treasury Secretary Jacob Lew told G20 finance ministers meeting in the Chinese city of Chengdu. "When we look at technology and cloud computing a lot of that has become harder to define." "There needs to be a common standard across countries on important issues of transfer pricing," he said at a high-level symposium on tax policy, adding that countries had to deal "collectively" with issues that lead to non-taxation.

The G20 has previously supported proposals requiring authorities to share the identities of shell companies' real owners, and backed creating a blacklist of international tax havens that do not cooperate with information-sharing programmes. But the discussion as the G20 finance ministers and central bank chiefs met in Chengdu, in southwestern China, was wider, addressing base erosion and profit shifting, known as BEPS. The term refers to companies using accounting techniques to move their profits to low- or no-tax jurisdictions, reducing the amounts they are liable to pay. Some countries, such as Ireland or Luxembourg, have drawn major firms to establish headquarters or subsidiaries by virtue of their tax rules -- a key contributor to Dublin declaring earlier this month that its economy grew by a spectacular 26.3 percent last year. "In the 21st century, talent, capital, and even physical infrastructures are increasingly mobile," said Angel Gurria, secretary-general of the Organisation for Economic Co-operation and Development (OECD). "So, a global conversation on these issues, on tax policy, is obvious...is critical," he said. But he acknowledged that jurisdiction could be a sensitive subject, adding that tax policy remained a sovereign matter. The seminar -- co-hosted by China and Germany, backed by the OECD, and moderated by IMF chief Christine Lagarde -- also discussed using tax policy to promote growth. The world economy was in a "new mediocre", Lagarde said, with science and technological development offering one of the best routes to "something much more positive than that". 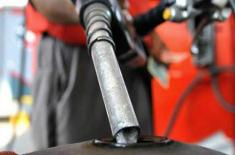