Education is the legal and basic right of a person living in a country. It signifies every gender's personality, whether it is a man or a woman, a child, or an older person. The Educational System of Pakistan is under consideration of the Federal Ministry as well as the Provisional Government. Both are working to provide free and compulsory education to the children of age ranging five to sixteen years as acting on Article 25-A of the Constitution of Pakistan. 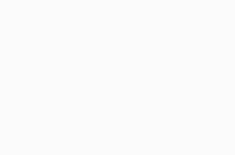 Allama I. I. Kazi Library

Levels Of Education in Pakistan

Very Educational System has organized its working methodology; in Pakistan, it categorizes into six different levels:

Pakistan has an organized Vocational Education System that allows people to attain skills of technologies as well as non-technological spectra. There was a rapid increase in Vocational departments, technical opportunities, and a range of students during 2015. This survey shows the betterment in such fields as:

Before Primary education, there is a small sub-level as Pre-primary Education for children less than 5 years which is also known as Katchi or KG schooling level. It is very necessary for a child to get a better and basic education during these 12 years as it leads him/her to cope up with the high tasks of future competitive studies.

After the 8th standard, the student has to pass the HEC test to clear out the matriculation (9th-10th) and inter-college (11th-12th) education. It declares mostly the upcoming fields of the students. 2015 Educational survey shows a major performance in high and higher faculties as:

As in the higher educational system, there was an increase of 54000 educational departments with 118100 teachers and 1.67M students in 2015.

The tertiary system refers to the Bachelor studies without any associate degree as it represents the two types of Graduation levels, Undergraduate and Postgraduate. UG gets two to four years for its completion showing the courses from Art to Business and Science to Technology. M.phill is necessary for teachers to apply for teaching in degree colleges or universities. The progressive ratio is increasing day by day and year to year.

This system allows the graduate students to avail of further opportunities for M.phill and Ph.D. The quaternary Educational system provides a range of courses even a Bachelor's level as this leads students to polish their skills more and practice their experiences in research. There is a prominent and prolonged improvement in this Educational system due to advancements in courses like science, technology, arts, business, economics, etc.

Madrassah is a divinity, conservatory, and training institute for Muslims. Preferably, all the Madrasas teach the Islamic lessons, Tafseer-e-Quran, Islamic Laws as Fiqah, and Hadis (the sayings of Muhammad PBUH). All these terms are purely related to Islam. Somehow, other terms like Math, philosophy, sayings of famous philosophers, and science are also taught to describe or to verify Islamic logic.

For an educated society, there should be a high literacy rate in the country. When the reformers raised the name of Pakistan, they devoted it to the high set up of Education. The last 11th Five years Development Plan declares to promote the quality of Education, and there will be a dominant increase in public expenditure for Education to 4.0 GDP by 2018. Here is a chart that shows the Literacy rate of Pakistan from 2014-2015 respectively in its Provinces:

Overall, it can be seen that in all provinces of Pakistan, the literacy percentage of males is 70%, which is higher than females as 49% of the total population of women.

Problems that Educational System of Pakistan is facing

Pakistan is one of the biggest population growing countries with a rate of 2.1% in the last World Population survey of 2018. With this growth rate, it becomes difficult to handle the Educational sectors and provide free Education to them. Despite this, several problems have become a hurdle in the progressing of Educational sectors of Pakistan as:

I conclude that to grow up in society, it is essential to give Education to the children to improve the literacy level among people.

Q. How many levels of education are present in Pakistan?

A total of 6 levels of education levels are present in Pakistan.

Q. What is the highest level of education in Pakistan?

In Quaternary Education System, Ph.D. is considered the highest level of education in Pakistan.

All education boards of Pakistan are working on Quaid's aim of Education.

Education sector in Pakistan is very vast, starting from primary to higher education, there are millions of students enrolled directly in the educational institutes. Students are always looking for a platform to know the latest updates about the result & admissions. UrduPoint provides its users an excellent platform to keep themself updated about the latest BISE, College & University results, and to remain prepared for the exams by checking the past papers of all educational boards and universities. There is also a huge directory of educational institutes in Pakistan, including schools, colleges, universities, academies & tution centers. The students who want to go and study abroad can take help from the directory of consultants online. There are dozens of educational videos for career counseling in Pakistan available in this section. Students can find the list and direction of libraries in different cities, their addresses & details are given here.