The Hague, April 8 (UrduPoint / Pakistan Point News - 8th Apr, 2021 ) :The EU's medicines regulator said Wednesday that blood clots should be listed as a rare side effect of the AstraZeneca jab but the benefits continue to outweigh risks, as several countries battle fresh virus surges amid vaccine shortfalls.

A number of nations have suspended the use of AstraZeneca's vaccine for younger populations after it was earlier banned outright in several places over blood clot scares.

The United Kingdom on Wednesday said it will adopt new medical advice to offer most people under 30 an alternative to AstraZeneca if possible, after reporting 19 deaths from clots among people who received the shot.

The debate comes as countries from Germany to Ukraine and India face new waves of the virus that has now killed more than 2.8 million people.

The European Medicines Agency (EMA) said Wednesday that blood clots should be listed as a "very rare" side effect, encouraging countries to continue its use.

The announcement came after the EMA examined 86 blood clotting cases, 18 of which were fatal, out of around 25 million people in Europe who received the AstraZeneca vaccine. Most of the cases were in women aged under 60.

But EMA chief Emer Cooke said no particular risk factor had been identified and the clots may be linked to an immune response to the vaccine.

"The benefits of the AstraZeneca vaccine in preventing Covid-19 overall outweigh the risk of side effects," she told a news conference.

"It is saving lives." The World Health Organization's vaccine experts on Wednesday echoed EMA's findings, saying a causal relationship between the vaccine and blood clots was "plausible but is not confirmed".

"We believe the benefit-risk balance is very much in favour of the vaccine," said the WHO in response to an AFP query.

AstraZeneca itself said two studies by British and European regulators "reaffirmed" that the benefits of its vaccine "far outweigh the risks".

Canada, France, Germany, Italy, Belgium, Spain and the Netherlands are among countries not recommending the shot for younger people.

Britain's decision to offer an alternative jab if possible to most people under 30 came after data showed 79 blood clots and 19 deaths among people who had received one of 20 million AstraZeneca doses administered in the UK.

AstraZeneca's vaccine has been administered in at least 111 countries, more than any of its rivals, according to AFP data. It is being used both in wealthier countries and poor nations, largely as part of the Covax scheme to ensure equitable access to vaccines.

The controversy surrounding the jab has marred a global vaccine rollout that will help countries emerge from a pandemic that has ravaged the world's economy and subjected much of humanity to some form of confinement.

Hard-hit France imposed tighter measures this week, as French Open organisers announced the tennis tournament would be delayed by one week until May 30 in the hopes of accomodating more fans.

Ukraine on Wednesday reported record new deaths and hospitalisations after tightening measures in the capital.

Canada's most populous province of Ontario was ordered into a four-week lockdown, while Qatar reimposed strict measures.

Brazilian President Jair Bolsonaro however doubled down on his opposition to lockdown measures, despite the country registering its deadliest day yet on Tuesday with more than 4,000 deaths.

"We're not going to accept these policies of 'stay home, close everything, lock down,'" he said. 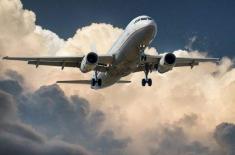 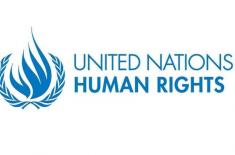 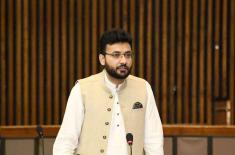 Govt making efforts for provision of relief to com .. 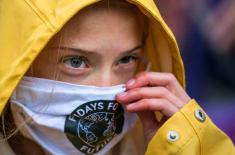 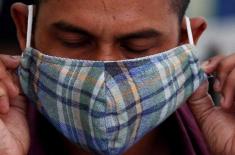 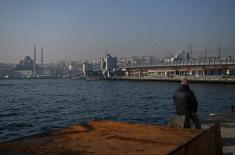 London Notified Ankara About Passage of Warship to ..