(UrduPoint / Pakistan Point News / WAM - 14th Mar, 2020) ABU DHABI, 14th March 2020 (WAM) - The war in Syria enters its tenth year this month and yet there seems no end to the misery faced by civilians in that country, said the English language daily 'Gulf Today'.

The fighting has ravaged the lives of millions of people over the years.

UN Secretary-General António Guterres has rightly highlighted the need for a peaceful solution to the crisis.

"The conflict in Syria is entering its tenth year. A decade of fighting has brought nothing but ruin and misery. And civilians are paying the gravest price. There is no military solution. Now it is the time to give diplomacy a chance to work," as he mentioned in a message posted on his Twitter account.

In the words of Guterres: "Millions of civilians continue to face protection risks. We have seen nine years of horrific atrocities, including war crimes. Nine years of human rights abuses on a massive and systematic scale, eroding international norms to new depths of cruelty and suffering. Tens of thousands are missing, disappeared, detained, subjected to ill-treatment and torture. Untold numbers have been killed and injured. There must be no impunity for such horrific crimes."

Overall, more than 11 million people across Syria require aid relief, nearly half of them children, according to latest estimates.

Fighting has displaced more than six million people inside Syria, sometimes repeatedly, while another five million Syrians are living as refugees in neighbouring countries.

Civilian suffering has been compounded by the fact that apart from health facilities, schools, residential areas, mosques and markets being hit, schools have also been suspended and many health facilities closed.

One can imagine the plight especially of children and the elderly in such a terrifying situation.

With over one million Syrian children orphaned since the fighting began, a huge question mark remains about their future.

Living in Syria means bombs can go off at any time. So much so that Abdullah, a father of a four-year-old girl living in Idlib, created a game to make it easy for his daughter to deal with the sound of bombs.

Even aid workers’ equipment and facilities have been damaged in the fighting while many humanitarian workers themselves have been displaced or killed.

Peace should be given a chance as an entire generation of children in the country has only seen violence around them, when they are supposed to be studying in schools or playing merrily in the gardens.

Syria represents one of the worst cases of healthcare being affected by conflict, according to the World Health Organization, with a total of 494 attacks recorded between 2016-2019, mainly in the northwest.

As part of its efforts to support the Syrian people, the UAE signed a cooperation agreement with ACTED in January, whereby the UAE helped fund humanitarian and relief assistance amounting to Dhs7.3 million.

The agreement was aimed at providing assistance to families in need, particularly distributing winterisation assistance, including tents and emergency shelter items to recently displaced families, in addition to performing maintenance and renovation works in camps.

The total UAE aid provided to Syria from 2012 to date has amounted to Dhs3.81 billion across the humanitarian and development sectors and provided basic services in terms of education, health, housing and power supply, among others.

The conflict in Syria has exacted an unconscionable human cost and caused a humanitarian crisis of monumental proportions.

The world community should help Syrian people achieve their aspiration to secure peace, stability and prosperity. 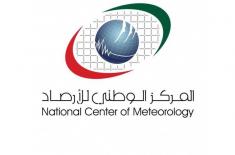