Earlier in the week, the US Treasury's Office of Foreign Assets Control (OFAC) imposed sanctions on Rosneft Trading SA for operating in Venezuela's oil sector in circumvention of Washington-imposed sanctions.

Washington has intensified sanctions on Venezuela since last January after US-backed opposition figure Juan Guaido declared himself president. Maduro has accused Guaido and the Trump administration of attempting to overthrow Venezuela's government to control the country's natural resources.

Caracas-based Mision Verdad analyst Diego Sequera told Sputnik the real purpose of the new US sanctions on Rosneft was to turn up the pressure on the Venezuelan economy in advance of a new bid to destabilize and then topple Maduro.

However, Sequera said previous punitive sanctions on Venezuela failed and actually consolidated support behind the president rather than weakening him.

"It... shows that due to miscalculation, hubris, stupidity and/or because dwelling in unknown 'sanction territory' are backfiring - so they're not that successful after all," he said.

Trump's "maximum pressure campaign" against Venezuela still needed political loopholes to protect US-based corporations, Sequera pointed out. The US government is seeing economic blowback because they need to concede on some domestic issues, he said.

The Trump administration, Sequera added, has exempted US oil giant Chevron from previous sanctions and actually protected 'Guaido's Citgo' by issuing waivers amid the 2020 bond debt.

"This also shows that the Venezuelan plunging of its oil industry is artificial, just picture for a moment if all the agreements other foreign companies have signed with Venezuela would've been working with normalcy. It depicts another picture and evinces that there's a candid political will about these measures, the so-called sanctions under the United States' long arm jurisdiction," Sequera said.

Blocking and sanctioning Rosneft, with Spanish Repsol also under threat, and favoring US companies clearly shows that Washington is trying to sideline competition perhaps as part of US Secretary of State Mike Pompeo's foolish "The West is winning," shtick, Sequera argued.

"These kind of actions combined don't really talk about a position of strength, on the contrary, by tightening the noose on Rosneft, and the Venezuelan right to earn its income and invest it on its own population exposes short-term thinking, dearth of imagination and utter clumsiness - in sum, undeclared weakness," Sequera said.

A study co-authored by renowned economist Jeffrey Sachs released last year concluded that since 2017 40,000 people in Venezuela have died as a result of US sanctions.

Venezuela historian and political analyst Alan Macleod agreed that the new sanctions were part of a renewed bid to strike at and undermine the government of Venezuela as it continued to survive and defy Washington and Wall Street.

"The purpose of US sanctions is to punish the government of Venezuela for their continued disobedience of Washington," he said.

While the Trump administration claimed that it was trying to help the people of Venezuela, the United Nations had condemned the sanctions, claiming they disproportionately affected the poor and most vulnerable, Macleod pointed out.

"If the United States really wanted to reduce suffering in developed countries it would lift the sanctions against its enemies and stop supporting the human rights abuses of its allies like Saudi Arabia, Bahrain and Israel," he said.

Sequera also acknowledged that the new sanctions would have additional impact in increasing the burden of suffering on the people of Venezuela.

"This will certainly bring more pain to Venezuela," he said.

However, the population of the country would likely find ways to survive and circumvent the new measures, just as they had defied previous ones, Macleod said. 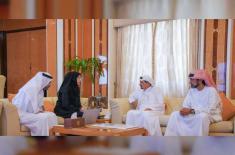 Ajman Ruler briefed on outcomes of survey on famil .. 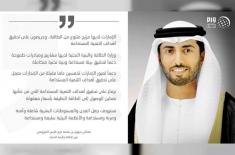 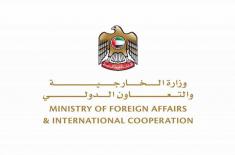 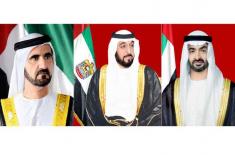 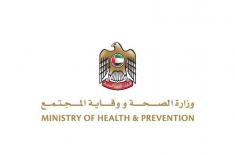 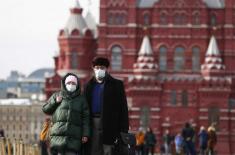