LONDON (UrduPoint News / Sputnik - 27th March, 2020) The UK government's apparent failure to release the full details of their recent bid to merge private health care resources with those of the struggling National Health Service (NHS) has raised concerns, according to the We Own It pressure group, among many others, which believes that both transparency and adequate funding for the health sector are imperative to combating the escalating COVID-19 pandemic.

Last week, the NHS struck an unprecedented deal with independent hospitals under which it will be able to draw upon an additional 8,000 beds, 10,000 nurses and hundreds of doctors previously out of reach within the private health sector, a point that has met with near-universal acclaim after what campaigners cite has been years of government cuts to public hospitals.

Speaking to Sputnik on Thursday, Pascale Robinson from the We Own It Campaigners Office argued that the precise details of the deal were still being kept out of the public eye, itself a worrying development after years of private sector involvement and resource cuts within the NHS.

"There is a really wide consensus that [UK Health Secretary] Matt Hancock needs to make this available to the public. We need to know the details and the NHS needs to have more capacity in the long term," she said.

She has welcomed the deal, saying that it was "exactly what needed to be done," as with 8,000 beds more lives will be saved, but pointed out that the NHS has some 17,000 beds cut since 2010. "So whilst this is a help what we really needed was an NHS that was ready to deal with this crisis in the first place," Robinson added.

We Own It has otherwise published an open letter to Health Secretary Matt Hancock imploring him to release the full details of the government's arrangement to procure private sector health care. Co-signed by civil society groups such as War on Want, Keep our NHS Public, Momentum and the GMB trade union, the latter has not yet received a response.

Full and proper disclosure is, however, imperative, the group has argued, given the current government's alleged track record when it comes to safeguarding NHS resources. Despite funding for health and social care having steadily increased in recent years, such policies have arguably not taken into account increased costs and diminished capacity, a fact that saw UK hospitals in late 2019 with around 17,000 fewer beds than they had the previous decade.

"The NHS has been chronically underfunded, understaffed and there have been estimates that up to 26 percent of its budget, which is already being squeezed all the time, is going to private companies, so that means of course that profit is being lost that should be spent on people's health," Robinson further argued.

She said those were the reasons for We Own It to ask Hancock not only to share the deal's details but also to realize that the NHS needs to have privatization ended and more capacity - "More beds, more funding and more staffing," as put by the campaigner.

Robinson went on to argue that the spread of COVID-19 across much of the UK has otherwise made the issue of health sector reform that much more pertinent, with the NHS staff playing a necessarily vital role at great risk to their own personal safety. Once the crisis is resolved, this would make it imperative for the government to rethink their long term health policy, she opined.

Indeed, figures obtained by the British Medical Association claim that bed occupancy across the health service remained above 93 percent for the entire month of January 2019, peaking at 94 percent for the start of the following March. The appearance of COVID-19 has necessarily pushed the question of bed space back into the public eye, a concern that is unlikely to vanish once the crisis abates.

"The NHS was already operating at high capacity, so this influx of people from not being well has caused complete overspill and people are not getting the care they deserve. Everyone agrees the NHS is one of the best health services in the world which is why we hope Matt Hancock will respond to this letter and work to fix these problems that have only gotten worse since 2010 with these cuts," Robinson said.

The coronavirus infection toll in the United Kingdom has been growing exponentially and reached 9,529 as of Wednesday. Since the first COVID-19 death on March 5, the number of fatalities in the UK has grown to 463. 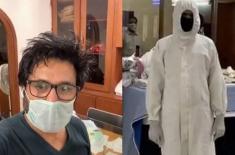 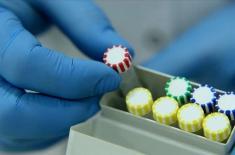 UN Agencies Prepare Shipment of Aid for Myanmar Am .. 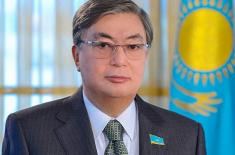 Kazakhstan Ready to Organize Next Round of Syria T .. 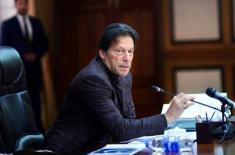