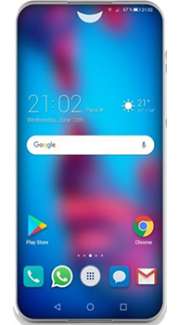 Huawei P30 price in Pakistan is updated daily from the price list provided by local shops and dealers but we can not guarantee that the information / price / Huawei P30 Prices on this page is 100% correct (Human error is possible), always visit your local shop for exact cell phone cost & rate. Huawei P30 price Pakistan.

Huawei had evolved the system to bring new inventive use-cases, for example, the presentation of multi-frame blend component for low-light capture, also known as Night Mode, which truly doubled down the expectations and leads the path regarding what we expect Smartphone cameras to be fit for in low light. Huawei has multiplied on the photography aspects of its ancestors with the launch of the new P30. The new lead grabs the last known point of interest and gives once more another arrangement of generational upgrades to the camera setups. Alongside software enhancements, you can once more observe enormous changes in the Huawei hardware of the cameras, with the presentation of an industry first RB 40MP primary camera sensor, just as the expansion of a much progressively intriguing 3x telephoto camera module that is empowered by means of a crystal reflect and a 90° sensor format. The Market price of Huawei P30 is 89,999 rupees in Pakistan.

The SoC of Huawei P30 is controlled by HiSilicon's Kirin 980 chipset. The blend of Arm's Cortex A76 CPU centres in the new 7nm assembling centre made for some great generational gains, with the new chipset's CPUs as yet following in front of the new age rivalry, for example, the Snapdragon 855 or the Exynos 9820. GPU execution, while not as driving as the challenge, is still sufficiently competitive, the P30's expansion the measure of DRAM accessible. The P30 sees 6GB or 8GB LPDDR4X of RAM. This model accompanies 128GB of base limit NAND storage. The P30 system supports non-removable 3650 mAH battery units with fast charging, which makes it function for more than 12 hours.

The P30s are recognized by their vertical camera setups on the upper side of the smartphones. The display screen is counted as 6.1” OLED WITH 2340x1080 resolution. The front is currently distinguished by a dew-drop notch structure in a bezel-less smartphone. Huawei P30 has the capacity to limit the front plastic edge among the display and metal edge and has the capacity to totally dispose of it on the back glass board, which currently is marginally bent and streaming to the sides. On the base, the primary speaker grill and a 3.5mm earphone jack are located. The top only is basically bare but has a minor microphone hole. The right side sees both the power catch just as the volume rocker button. The left side has the nanoSIM and Nano memory card opening. It has a total weight of 165 grams which makes it comparatively light-weight and handy.

Since P30 is the flagship of Huawei’s P series, it's probably the one with amazing photography features. Apparently, “P” stands for Photography which this smartphone is specialized in. The new module made by Sony is the first of its sort in a commercial smartphone by utilizing another RYYB shading channel structure, instead of the established RGGB Bayer channel. Supplanting the green subpixel with a yellow one guarantees to build light affectability by 30%. Huawei here guarantees a superior execution as it's ready to completely increase the RYYB channel structure from the sensor to SoC ISP without reconverting the information stream to a normal Bayer stream, something which as of now would be one of a kind in the space.

P30 is among the triple camera setup family, the 40MP primary sensor on the P30 arrives in an f/1.8 opening focal point module, and besides P30s have wide-point modules. The P30 utilizes a 16MP f/2.2 unit with a 17mm equal central length, with the new P30 contains comparable 8MP f/2.4 3 x/80 mm equal modules.

There are a few features that are not so hidden but many people are unable to explore them. Here you can discover them all:

P30 and P30 Pro were launched recently and gained the attention of many smartphone loving people. Both of them are almost the same, but the differences between them make everyone think which to choose among P30 and P30 pro. If we compare two of them, processer, software experience, water drop notch, and front are ditto to each other. But when it comes to price, there’s a difference of 50,000 Pakistani Rs. Huawei P30 Pro is expensive because of water-proof, display and size, reverse charging, and 5x telephoto zooming camera features which P30 standard model lacks.