Nokia Latest 35,000 To 45,000 Rs. Mobile Price in Pakistan in 2021. All latest mobile phones with 35,000 To 45,000 Rs. price range by Nokia. Get best Nokia phone with Best price, check detailed features and full specifications of Nokia in Pakistan which are compatible with all cellular operator networks. Prices are updated by Lahore, Karachi, Islamabad, Peshawar, Rawalpindi, Multan, Faisalabad, Quetta, Sialkot mobile markets. 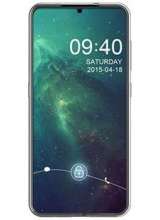 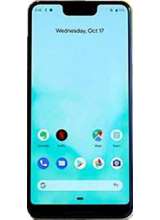 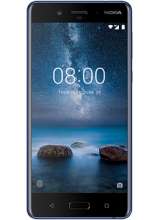 There used to be a time when Nokia was the only cell phone brand we saw in everybody’s hands. Till the 2000s Nokia monopolized the cell phone market like the Kardashians rule the social media. But as they say, nothing lasts forever; Nokia had its downfall when the smartphone market got competitive and the Android software took over.

Before moving on to telling you what new they have to offer, lets briefly take a look at their rollercoaster of a (recent) history. In 1998 Nokia co-founded Symbian Ltd and used to make cell phones using Symbian software. They Symbian technology phones were the rave of the decade until Android happened. In 2011, Nokia signed a contract with Microsoft and started using Windows OS for their smartphones.

When that didn’t work out after a few years, Nokia handed over their smartphone manufacturing to HMD Global in 2017. It is an independent company that uses Nokia’s brand to develop Android phones. With that being said, lets look at some of the latest Nokia Android phones that are getting a lot of love from people all over the world!

Nokia 3.2 has two variations; it comes with 32 GB and 64 GB internal storage. It is an entry-level phone with more space to rival its competitors. The chipset installed in Nokia 3.2 is Qualcomm Snapdragon 439 with a pretty decent CPU; Octa Core Cortex-A53.

The best thing about this mobile is its size; 6.3 inches. The size is quite good for the price they are offering. You can find it for Rs. 22,499 which is more than acceptable with a 3 GB RAM and 13 MP main camera. Its big brother with 64 GB internal memory comes at a price of 23,500. All in all, it’s a good value for money if you’re looking for a Android 9 on a budget.

Built on Android 9 operating system, Nokia 6.2 is one of the finest inventions of the company. It comes with a mighty Qualcomm Snapdragon 636 chipset and 6 GB RAM which makes it a total gaming phone. You can now up your PUBG game in just Rs. 35,850 along with so many other attractive features. If you are looking for a perfect mid-range smartphone then look no further as Nokia 6.2 definitely makes it to the top positions in the list. The rear camera is 16, 8 and 5 MP triple shooter with an 8 MP selfie cam. Last but not the least; it comes with 2 versions of internal storage; 64 GB and 128 GB.

A little higher up in the mid-range family is Nokia 7.2 at the price of Rs. 47,500. The features that Nokia 7.2 has to offer, thoroughly compensates for the money they are charging for it. It comes with an all-powerful chipset Qualcomm SDM660, 6.3 inches display and 6 GB RAM. However, the best thing about this cell phone is its amazing camera. The main camera is 48 MP wide angle, 8 MP ultrawide and 5 MP depth sensor along with 20 MP front camera.

The most anticipated phone of Nokia so far is undoubtedly Nokia 8.2 in which they have introduced 5G service to their users. 5G connectivity is now hitting Pakistan with high-end phones from all companies, so why should Nokia stay behind? Nokia 8.2 will come in two versions; one with 5G connectivity and other with not. Other prominent features of Nokia 8.2 will include a better display, a killer camera, Snapdragon 730, 8 GB RAM and 256 GB internal storage to simply blow your mind! The expected price of Nokia 8.2 5G model is Rs. 78,999 and one without 5G connectivity is expected to be sold at the price of Rs. 69,999.

The best Nokia mobile not only depends on the features of the cell phone, but also on your budget. At entry-level stage Nokia 3.2 is the best choice. However, in the high-end market it is definitely Nokia 8.2 with 5G connectivity.

The cell phones mentioned in this article are all latest Nokia phones. The new models such as Nokia 8.2, Nokia 8.1 Plus along with some other entry-level phones are the latest in the market.

Nokia is a Finnish multinational company with a headquarter in Helsinki as well as New York City. Nokia has granted the manufacturing of its Android phones to HMD Global, which is an independent company using Nokia’s brand name. So the owner of Nokia Android phones is basically HMD Global.

Nokia is definitely worth buying as they offer great quality features with economical price rates. Their camera is known for its clarity, software for its security and the brand name for reliability.