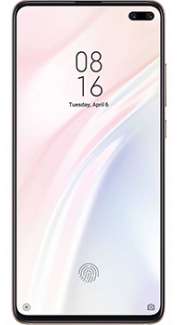 Another Xiaomi's reasonable leader smartphone under the Redmi flagship is soon to be launch. It’s going to be the successor of Redmi K20, the Xiaomi Redmi K30.  Leaders from different brands weren't getting any less expensive, and Redmi's entrance to this space shook things up, while additionally beginning a value war. It is expected to be packed with Snapdragon chipset, carried an AMOLED show with no indent, a major battery with fast charging, a superior glass configuration, triple cameras on the back and a headphone jack! The expected price of the Xiaomi Redmi K30 in Pakistan is RS. 47,999.

The glass body of the Xiaomi Redmi K30 boasts Super AMOLED 6.67-inches display screen. It is protected with Corning Gorilla Glass v5. Unlike K20, it won’t be embracing the popup camera with no indents. There will be dual front camera lens notch on the top of the smartphone. The AMOLED setup and in-display fingerprint scanner will make an arrival. With a resolution of 2,400 x 1,080, it will carry 20:9 viewpoint ratio spread crosswise the screen.

Some rumours proposed that Xiaomi will select the Snapdragon 865, or Xiaomi will settle on a MediaTek chipset this time. MediaTek is one of the leading chipsets being developed that will be considerably more dominant than the Helio G90T and is relied upon to go into large scale manufacturing in the future. Taking into account that the Snapdragon 865 stage is yet to be officially launched, it probably won't be prepared in time for the Redmi K30 or maybe excessively costly before all else. So most probably, Qualcomm SDM730 Snapdragon 730G (8 nm) will be inside the process. According to rumours, Android 10 will be the operating system of Redmi K30 with MIUI 11 Interface.

Most expectedly, there will be four variants: 64GB/6GB RAM, 128GB/6GB RAM, 128GB/8GB RAM, and 256GB/8GB RAM. The internal storage can be expanded through an external SD card up to 256GB of capacity. The battery capacity is impeccable with Non-removable Li-Po 4500 mAh battery. It further supports Fast battery charging 27W. It can juice up the battery up to 100% in just 68 minutes.

With the up-gradation of the year 2020, K30 is most expectedly to be 5G compatible. The phone will bolster Dual 5G, making it agreeable with both SA (Standalone) and NSA (Non-Standalone) modes for hypothetically better network depending on existing LTE system where 5G arrangement probably won't be sufficient.