Cuban residents told Sputnik that nearly 60 years of the US embargo, probably the longest in modern history, have left an impact on all spheres of life of the Caribbean nation, yet they say they are ready to be friends with Americans, recalling the optimistic outlook envisioned by US President Barack Obama and understanding that it is the current US government that is responsible for the economic strife in their country and not the people themselves

HAVANA (UrduPoint News / Sputnik - 11th January, 2020) Cuban residents told Sputnik that nearly 60 years of the US embargo, probably the longest in modern history, have left an impact on all spheres of life of the Caribbean nation, yet they say they are ready to be friends with Americans, recalling the optimistic outlook envisioned by US President Barack Obama and understanding that it is the current US government that is responsible for the economic strife in their country and not the people themselves.

This January, Cuba marked the 61st anniversary of the triumph of the Cuban Revolution over the regime of Fulgencio Batista, a notorious US-backed military dictator who served until 1959. After the revolution, the United States, which did not welcome the new government led by communist revolutionary Fidel Castro, hit the small island nation with numerous sanctions.

In the decades since, the United States has been strangling Cuba with more economic restrictions, which have severely derailed the development of the country's tourism, energy, transportation, telecommunications, healthcare, education and food security systems.

Things began looking up once Barack Obama came to the White House. His administration oversaw a period the media called the "Cuban thaw" during which sanctions started being lifted and bilateral relations restored.

This positive shift was relatively short-lived, however, and things started getting worse again after Donald Trump became president in 2017. During the first year of the Trump presidency, the US State Department recalled most of its diplomatic staff in Havana following reports that they were suffering from various health issues caused by a sonic weapon.

The United States' attitude toward Cuba took a significant dive after the latter joined a chorus of countries that supported the legitimately elected Venezuelan president, Nicolas Maduro, during his nation's political crisis in early 2019.

Throughout last year, the Trump administration started unveiling sanctions against the Cuban oil industry, in particular on firms and vessels transporting Venezuelan oil to Cuba, prompting the island nation to brace itself for harder economic times. Washington also sanctioned Cuba's Corporacion Panamericana over its activity in Venezuela's oil sector, and six shipping vessels that it claimed were violating sanctions on Venezuela by transporting the country's petroleum products to Cuba.

The Trump administration's renewed sanctions regime against Cuba demonstrates a sharp reversal in the policies set up by President Obama, who sought to normalize relations with Havana.

Between 2014 and 2016, the Obama administration lifted the ban on cruise ships entering Cuban ports, re-opened the US embassy in Havana and allowed US passengers to travel on the first commercial flight to Cuba in more than 50 years. Obama himself traveled to the island nation in March 2016 for a historic trip.

Moreover, the United States established diplomatic relations with Cuba, modifying several aspects of the embargo, such as lifting some travel restrictions.

A man working in the Cuban tourism business, who asked not to be named, recalled in an interview with Sputnik the times of the Cuban thaw and raised hopes that the historic period of tensions between the two nations would come to an end.

"We had good relations with the United States during the Obama administration. There were good times during Obama [administration]. The US opened an embassy in Havana. Tourists from the US were allowed to come," he said.

He added that sanctions always come from the US government, not its people, and that Cubans had nothing against the latter.

MANY COUNTRIES AFRAID OF DEALING WITH CUBA

As the Trump administration tightened the restrictions on Cuba, many countries have become wary of dealing with the Caribbean nation. Back in 2018, Washington issued a $1.34 billion fine on French bank Societe Generale for transactions that violated the Trading with the Enemy Act and Cuban embargo. Last year, three US-based travel aggregators � Expedia, Hotelbeds USA and Cubasphere � were similarly slapped with fines for dealing with Havana.

"Nobody wants to spend money on us. They are afraid of the sanctions that the United States imposed on Cuba. If someone is trying to sell [something to us], then America is unhappy," the Cuban tourism insider said.

The sanctions pressure Cuba has suffered for the last half century has led a number of international banks to avoid transactions involving Cuba and prompted foreign firms operating on the island to consider restructuring to lower their exposure to risks.

For example, Swiss bank PostFinance halted transactions to Cuba this fall, interrupting the work of MediCuba, a Swiss NGO that provides HIV, cancer and pediatric help to Cubans.

In October, Cuban President Miguel Diaz-Canel admitted that the island was operating with only 62 percent of the gasoline it needed and declared emergency measures to "disrupt the plans of imperialism." The measures resulted in production cuts and made hospitals and schools a priority.

When speaking with Sputnik, the tourism insider remembered how Cubans were left without fuel after the US started imposing sanctions on Venezuela in September, since Caracas was the nation's primary supplier.

As for relations with Russia, he recalled how Moscow-Havana ties had always been very strong and that this tendency would likely grow.

"We have never had bad relations with Russia. Now there are big programs with Russia. [Russian Prime Minister] Medvedev has recently been to Cuba. No matter who will be at the helm in Russia, Cuba will always be friends with Russia," he said.

Medvedev visited the Cuban capital of Havana for talks with Diaz-Canel in October. Later that month, the Cuban president arrived in Russia to meet with President Vladimir Putin. The sides discussed topics related to the Russian-Cuban strategic partnership in various areas, as well as the international agenda.

GRUDGE WITH US GOVERNMENT, NOT PEOPLE

A woman working in the tourism business, who also asked not to be named, told Sputnik that Cuban businesses had been enduring pressure from Washington for decades and that such an embargo had clearly left its mark on all spheres of life.

"Americans block us. We can't do business with them. Sometimes it is difficult to get simple things: medicine, clothes, shoes for the kids, diapers," she said.

While Cuba has foreign trade connections, they are with countries that are located farther than the United States, meaning that the island has to pay more for importing goods, the tourism worker went on to say.

However, she believed that even though Cubans generally had a negative attitude toward the United States, the countries could still be friends.

"I am so sad for Venezuela, they are nice people, the US government wants [to conquer] all countries," she added.

Venezuela, indeed, is facing severe shortages of food, clothes and life-saving medicine due to the US sanctions. The restrictions have led to high mortality rates, mass migration and the increase of deaths from treatable diseases such as malaria.

Another Cuban resident who also works in the tourism business told Sputnik that the Cuban people did not hold a grudge against Americans � just against the Trump administration.

"We have nothing against the American people. This is politics. Everything is happening because of this embargo. The country is experiencing crisis ... because Washington is hitting fines on oil companies. This is bad politics. This negatively affects the people of Cuba, every Cuban," he said.

Another tourism worker who asked not to be named said that some of his relatives were able to reach the US state of Florida, which at only 100 miles from the island is the closest point of entry into the United States, and find work in the country. However, their working conditions are very bad, he said.

"It is mainly young people who migrate. They all think of the American dream. My relatives work like slaves. I live in Cuba but here I'm a free person," he said.

In general, for almost 60 years of the sanction pressure on, the budget of the island was short of nearly $138.8 billion, according to data provided in November by Cuban Foreign Minister Bruno Eduardo Rodriguez at the UN General Assembly.

Meanwhile, the UN General Assembly has been passing a resolution calling for an end to the embargo for 28 consecutive years. The United States and several of its allies traditionally vote "no," and this year was no exception. In the most recent vote, 187 member states backed the UN resolution, while Brazil and Israel joined the US in voting "no," and Colombia and Ukraine abstained. 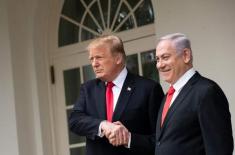 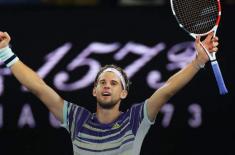 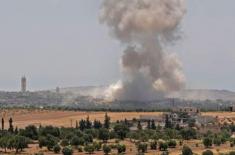 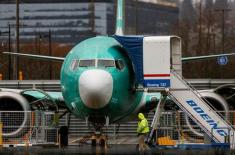 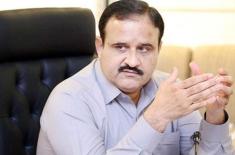 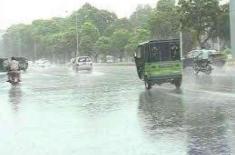