PARIS, Jan 4, (APP - UrduPoint / Pakistan Point News - 04th Jan, 2017 ) - France has moved to suspend sales of a vitamin D medication following the death of a 10-day-old baby in December who had being given the supplement, health officials said Wednesday.

The decision was taken as a precaution by France's ANSM agency that oversees the safety of medicines and health products, Health Minister Marisol Touraine said in a statement. The move comes after a newborn baby died on December 21 after being administered Uvesterol D, which is prescribed for Vitamin D deficiency among young children.

ANSM has previously issued warnings about how the supplement is administered, following cases of illness especially among premature babies and newborns under one month. 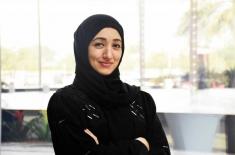