French President Emmanuel Macron will make a prime-time television address Wednesday, under pressure to stem soaring Covid-19 cases and respond to criticism that he has allowed the pandemic to run out of control

Paris, (APP - UrduPoint / Pakistan Point News - 31st Mar, 2021 ) :French President Emmanuel Macron will make a prime-time television address Wednesday, under pressure to stem soaring Covid-19 cases and respond to criticism that he has allowed the pandemic to run out of control.

At the end of January, the 43-year-old president bucked the European trend and went against the recommendation of his scientific advisers by deciding that France would not enter a third lockdown.

For a month, the bet looked to have paid off as new cases flatlined at around 20,000 a day in February, with France in a state of semi-openness -- under a night-time curfew, but with shops and schools open.

But with daily cases having doubled to around 40,000 and hospitals in infection hotspots like Paris overflowing, the tide looks to have turned against the former investment banker amid pleas from medics for tighter restrictions.

He will address the nation at 8:00 pm (1800 GMT) following a weekly meeting of top cabinet ministers, with several options reportedly under consideration including the much-resisted national lockdown.

Other more likely choices include a further tightening of measures in the worst-hit areas, including the closure of schools, and a widening of restrictions to cover more parts of France.

Up until now, Macron's government has trumpeted a "third way" to manage the crisis, which has sought to contain the spread of the virus without issuing stay-at-home orders that have significant mental health and economic repercussions.

The spread of the more contagious "British variant", as well as a sluggish vaccine campaign, have left this strategy under fire from political opponents and many epidemiologists.

Exhausted medics in Paris have taken to the airwaves to condemn Macron in recent days and warn they will soon have to start "triage" -- selecting patients for intensive care based on their survival chances.

"Since January, we have had political decision with no scientific coherence," Gilles Pialoux, head of infectious diseases at the saturated Tenon hospital in Paris, told France Inter radio on Tuesday.

"We've lost so much time that the measures now will be harder and last for longer."On Tuesday health authorities reported an additional 569 intensive care cases in the past 24 hours, the highest number since April 2020, when the first wave of coronavirus cases hit. 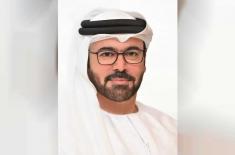 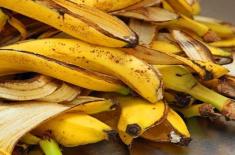 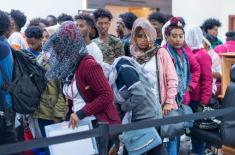 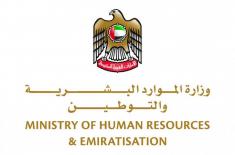 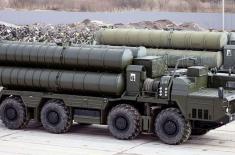