MOSCOW (UrduPoint News / Sputnik - 24th April, 2020) The International Atomic Energy Agency (IAEA) said in a press release on Friday it saw no radiation-related risks stemming from the fires in the uninhabited buffer area around the disused Chernobyl nuclear plant, fended off after the nuclear disaster at its site in 1986.

"The recent fires in the Exclusion Zone near the Chornobyl Nuclear Power Plant in Ukraine have not led to any hazardous increase of radioactive particles in the air," the IAEA said.

According to the press release, the agency build its assessment on data provided by the Ukrainian authorities to say that " increase in levels of radiation measured in the country was very small and posed no risk to human health."

"In addition, these radiation levels fall significantly with increasing distance from the site of the fires," Head of the IAEA's Incident and Emergency Centre Elena Buglova said, as quoted in the press release.

On April 4, the first bushfire broke out near the northern Ukrainian town on Volodymyrivka within the Chernobyl exclusion zone some 50 miles north to the capital of Kiev. In mere days, three other hotbeds added up into a massive blaze covering some 86 acres.

On April 14, the Ukrainian Emergency Services said the fire had been extinguished, but putting out the smoldering afterburn would take several more days. However, strong wind made fire re-emerge, though firefighters so far manage to keep it away from the Chernobyl nuclear plant and storage of radioactive waste.

In April 1986, one of Chernobyl's reactors exploded, disgorging an enormous mass of contaminated nuclear particles into the air. The radioactive cloud stretched upon parts of Ukraine, Belarus and Russia. The Ukrainian town of Pripyat, where the plant was located, and a 1,000-mile area around it, known as the exclusion zone, were cleared of people and locked down. 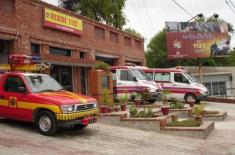 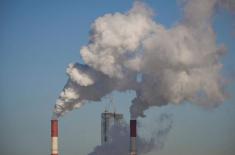 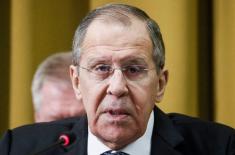 Lavrov to Meet With UN High Commissioner for Refug .. 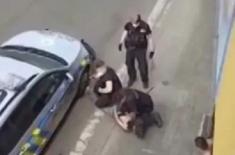 Council of Europe Calls for Probe Into Death of Ro .. 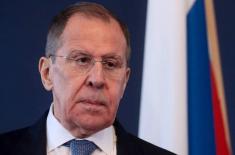 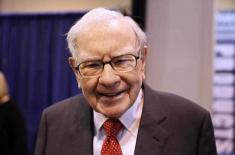