WASHINGTON (UrduPoint News / Sputnik - 24th June, 2021) US House Speaker Nancy Pelosi on Thursday announced the creation of a select committee to investigate the January 6 unrest at the Capitol.

"This morning, with great solemnity and sadness, I'm announcing that the House will be establishing a Select Committee on the January 6th insurrection," Pelosi said during a press conference.

Pelosi said the committee will investigate the cause of the unrest and will make recommendations to prevent similar events from happening.

Last month, US Senate Republicans blocked a bipartisan bill to establish an independent commission to investigate the events at the Capitol. 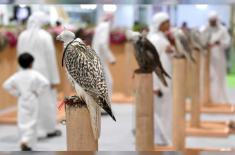