US Insists On Enhancing Verification Under New START Despite Russian Concerns

Earlier on Monday, Russian Deputy Foreign Minister Sergey Ryabkov said Russia considers it inconceivable to strengthen control and verification measures in the New START, as proposed by US special envoy Marshall Billingslea, adding that there is no reason to change anything and there will be no return to the practice of the late 1990s.

"Russia should commit to a framework that would lead to a new agreement on all nuclear warheads, improve verification under the current treaty on strategic systems, and set the stage for a comprehensive, verifiable treaty on the nuclear arsenals of the United States, Russia, and China," a spokesperson said after being asked if the United States would consider presenting a new proposal on arms control to Moscow after it highlighted concerns with the original.

In an interview with Russia's Kommersant newspaper, Billingslea said that unless Washington and Moscow struck a presidential memorandum on arms control by February, the treaty would not be extended.

Billingslea also warned that the "price" for Russia would rise after November if President Donald Trump is reelected. In response. Ryabkov said that an agreement is possible only if the United States abandons ultimatums.

New START, the last major arms control deal between the US and Russia, expires on February 5, 2021. 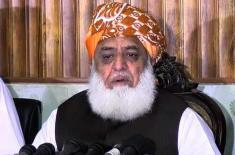