WASHINGTON (UrduPoint News / Sputnik - 11th June, 2021) US guided-missile destroyer Laboon is heading towards the Black Sea to carry out maritime security operations, the US Naval Forces Europe-Africa announced on Friday.

"Laboon began its northbound transit into the #BlackSea to conduct #maritimesecurity operations in the region.

The @USNavy routinely operates with our @NATO Allies & partners in the Black Sea!" the US Naval Forces Europe-Africa wrote on Twitter.

The Arleigh Burke-class guided-missile destroyer Laboon, which was commissioned in 1995, has two Aegis launchers capable of carrying up to 56 nuclear-armed Tomahawk cruise missiles. It is also equipped with a SH-60 Sea Hawk helicopter. 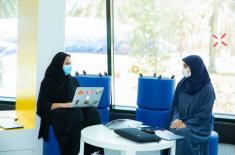 UAE among 20 top countries in tolerance and coexis ..