'Peace And Coexistence Remain Strategic Goals That We Are Committed To For The Sake Of Humanity Everywhere', Says Nahyan Bin Mubarak

ABU DHABI, (UrduPoint / Pakistan Point News / WAM - 25th Oct, 2020) Sheikh Nahyan bin Mubarak Al Nahyan, Minister of Tolerance and Coexistence, affirmed that United Arab Emirates declares its enthusiastic support for the values and principles called for by the declaration of the seventy-fifth anniversary of founding the United Nations, which focuses on the transformation from the realm of nationalism, conflicts and injustice to a multi-national culture, and peace and safety for the interest of all mankind.

Sheikh Nahyan stressed that the UAE is without doubt one of the most peaceful, prosperous and tolerant countries among the countries of the world, and this is undoubtedly the legacy of the founding father of the state, the late Sheikh Zayed bin Sultan Al Nahyan. It is also a completely harmonious and open country, as it opens its doors before everyone, regardless of culture, religion, race, gender or sect.

''Welcome to all leaders of the various religious sects in the United Arab Emirates, to participate in presenting a message of peace from the United Arab Emirates to the world through this forum,'' declared Sheikh Nahyan in his inaugural speech during the virtual forum, organised by the Ministry of Tolerance and Coexistence, in cooperation with leaders of various religions, under the title "Peace Message from UAE to the World".

In the main session, a large number of religious leaders spoke, including Dr. Mohammad Matar Al Kaabi, Chairman of the General Authority of Islamic Affairs and Endowments; Bishop Paul Hinder, Apostolic Vicar of Southern Arabia; Raju Shrouf, the Official Representative of the Hindu Temple in Dubai; Gregory Khoury, Bishop of UAE for the Greek Orthodox; Marcus Oates, Head of the Mormon Church of Jesus Christ; Surender Singh Kandahari, Head of the Sikh Temple Guru Nanak Darbar in Dubai; the Reverend Mina Hanna of the Marmina Church in Jebel Ali, Dubai and the Representative of the Gulf Archdiocese; and Rabbi Yehuda Sarna, Executive Director of the Bronfman Center for Jewish Student Life - New York University.

It also was attended by Afra Al Sabri, Director General of the Office of Minister of Tolerance and Coexistence, and a number of the country’s intellectual, community and academic leaders.

Regarding the gathering, Sheikh Nahyan bin Mubarak said, "Emirati society consists of individuals from 200 nationalities, and we have succeeded in working according to a noble principle that they are all human beings, and each of them is distinguished by his or her own beliefs and that they all deserve to enjoy a quiet and safe life. We in the United Arab Emirates work on spreading the virtue of tolerance, and in strengthening this point allow me to mention the following verse from the Holy Quran: "Had Allah willed, He would have made you one nation [united in religion], but [He intended] to test you in what He has given you; so race to [all that is] good.", so no nation or society will be able to peacefully transform everyone into one, and no superpower has even attempted that. And the best thing we can do is to compete in doing good deeds. Allah, glory be to him said to all humans: "O mankind, indeed We have created you from male and female and made you peoples and tribes that you may know one another."

"This meeting is not strange to the United Arab Emirates, as the leaders and members of different religious sects meet periodically and work together for the benefit of humanity. We have primarily exercised the value of "to know each other" that the Holy Quran calls for. We had the honour to meet people from all nations, and we learned to appreciate what we have in common, in addition to the differences between us, at the same time. I believe that the way of life in the United Arab Emirates represents a model for the future of the world, and I feel more excited to meet the leaders of different religious sects in the Emirates to share their experiences related to their living tolerantly together. While there are many things that we must learn and do, we can confirm that the United Arab Emirates has walked the path of tolerance for a long time, to know its virtues. I hope that the United Nations' call for multi-nationalities, peace and security will be supported by what you will hear," he added.

Sheikh Nahyan also noted that the Ministry of Tolerance and Coexistence considers peace and coexistence, including tolerance, human brotherhood, cooperation, dialogue and sympathy as the hope of all humanity in facing all challenges in pursuit of development, stability and growth, stressing that this virtual forum, which includes representatives of all religions, languages, cultures and nationalities, is in line with the vision and objectives of the ministry, and the foundations on which the ministry’s initiatives are based, as well as it painted an ideal and wonderful picture of human brotherhood and unity around one goal, which is peace and coexistence, among all, in addition to the fact that the forum, with its words and ideas, confirmed that the language of coexistence, peace and tolerance has become closer to everyone in the continents of the world.

Sheikh Nahyan declared that the UAE has been and will remain an oasis of security, peace and tolerance in the region and the world, as it began its journey fifty years ago on the basis of tolerance and coexistence, when the late father, Sheikh Zayed bin Sultan, laid these foundations in the sons and daughters of UAE. Religious tolerance was among the foundations of tolerance laid by the founding father, which made everyone feel safe and peaceful, and all followers of the religion practice their rituals and religious rituals with freedom and respect, which opened the way to creativity and innovation for everyone, and made society an oasis of security and peace.

Dr. Suleiman Al Jassim, Deputy Chairman of the board of Trustees of the Sultan bin Ali Al Owais Cultural Foundation, who moderated the event, confirmed that the virtual forum brought leaders from all religions and many thinkers and officials under one roof, and the words expressed highlighted many ideas and visions related to the importance of peace and its role in protecting life, whether in terms of individuals, groups or countries.

He stressed that peace and coexistence are necessary to life on the planet, while praising the UAE’s experience in supporting the values and principles of peace, not only at the local and regional levels, but also around the world, making it a unique regional and international model. He then affirmed the importance of this experience, which has spread to other continents and helped create better lives for people everywhere.

Al Jassim added that the forum is a new initiative, organised by the UAE’s Ministry of Tolerance and Coexistence for the local community and the entire world, to promote and spread the culture of peace, love, coexistence, sympathy, dialogue and cooperation among all people, regardless of their differences and cultures, while appreciating the support received by the forum and its guests from Sheikh Nahyan bin Mubarak Al Nahyan, Minister of Tolerance and Coexistence, who has always supported and promoted the values of tolerance, coexistence and peace in various fields.

During their speeches, the forum’s participants expressed their appreciation for the UAE, represented by its leadership and people, who are a unique regional and global example, as the followers of any religion or culture can practice their rituals with complete freedom and without any monitoring or limits, making the country an oasis of peace and coexistence.

They also hoped that the forum will be a message of peace to the world to create a better life for every person, while praising the efforts of Sheikh Nahyan, which brought him close to everyone, as well as his support for all issues related peace, love and coexistence around the world.

They then commended the UAE’s pioneering support for the values of peace and coexistence, which has benefitted every human being on the planet, regardless of religion, nationality or culture, noting that the country’s approach is based on respecting others and appreciating differences and pluralities, in terms of culture, religion and ethnicity.

They also praised the UAE’s leadership for extending its hand to all people with peace and love and a sincere keenness for cooperation, development, renaissance, world peace and human fraternity.

The message of peace and harmony that the UAE is sending to the world is appropriate, in terms of timing and importance, according to the forum’s final statement.

''This year, 2020, continues to pose a challenge at many levels, and in light of these challenges, our experience in the UAE has shown the importance of strengthening human communication and the need for cooperation and constructive dialogue, as well as of preserving human dignity. Let us remember that we have learnt, and we are moving forward with increasing determination, in the belief that all people should enjoy a positive future, where everyone is viewed as a member of one human family,'' the statement concluded. 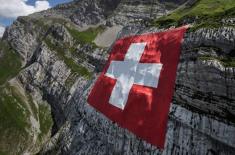 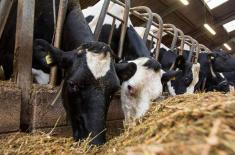 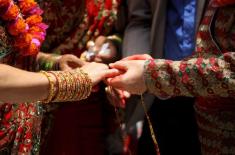 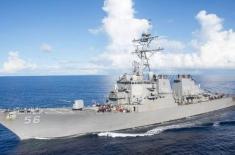 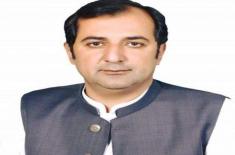 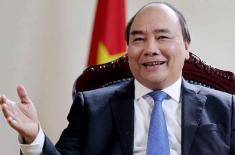