London, (UrduPoint / Pakistan Point News - 26th Mar, 2020 ) :British Olympic rower Polly Swann was counting down to Tokyo 2020 just days ago. Now she is considering starting her medical career early to help in the battle against the coronavirus.

The 31-year-old, who won a silver medal as part of the women's eight at the 2016 Games in Rio, was looking to go one better in Japan before beginning her new life on the hospital wards.

Swann said this week's decision to postpone the Olympics at least gives athletes clarity after weeks of uncertainty.

The former Edinburgh University student was gearing up to start her foundation programme as a doctor after competing in Japan but she said there were rumours that health chiefs in Scotland could be looking for reinforcements in the next few weeks as COVID-19 takes hold.

"I think I need to make some hard choices," said Swann, who was in a good position to win a place in the women's four.

"The Olympics are my dream and something very personal to me. I want to go and win an Olympic gold medal but also the pressure we're under globally is much bigger than just sport.

"Obviously medicine is a huge passion to me so I feel passionate about having a duty, being a tiny cog in the NHS machine." The former world and European champion described the postponement of the Games as frustrating but said it meant athletes now had an extra year to prepare to hit their peak.

And she has not given up on her dream, saying the National Health Service is generally supportive of doctors who want to compete at the Olympics.

But she admitted: "It will be tough. I had the perfect solution." - Olympic dream - Medical student Imogen Grant, a lightweight sculler, is also coming to terms with having to rejig her plans but remains firmly focused on Tokyo next year.

The Cambridge University student, who was due to restart her medical studies shortly after the end of the Olympics after a two-year hiatus, said the change of dates had not dimmed her desire.

"I had a few hours where I threw the toys out of the pram but ultimately the reason I wanted to be on the GB team was I wanted to go to the Olympics and win a medal," she said. "That dream hasn't changed." Grant, 24, is relatively new to the sport. She fell into rowing at the start of her university career at Cambridge, attracted by the lure of free drinks as a reward for signing up to a club taster session.

She is hoping she can negotiate another year off before she dives back into her medical degree.

Swann and Grant are both training at home now after the closure of the British rowing team's Caversham training base near London on Saturday as a result of the coronavirus.

Swann is back in Edinburgh while Grant is at home in London after a "mad scramble" to borrow equipment from the team base.

The rowers are still being put through their paces remotely by their coaches, who are working with SAS, the official analytics partner of British Rowing, to analyse the data. 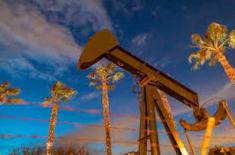