Fernandes On The Spot As Man Utd Climb To Fifth

United have struggled for consistency all season but the victory at Old Trafford lifts them to 41 points, just three behind fourth-placed Chelsea.

Midfielder Fernandes, bought by Solskjaer last month to add creativity and drive to United's midfield, scored from the penalty spot shortly before half-time and Anthony Martial and Mason Greenwood also found the net.

"This is what I want to do and what I need to do," Fernandes told the BBC.

"Everyone knows we want to get into the Champions League places. I am here to help the team conquer this place and keep winning games." Solskjaer said he wanted his side to "kick on" after two consecutive wins and clean sheets.

"I thought first half we started by gifting them some good opportunities and gradually we created more and more chances," he said.

"Bruno Fernandes is quicker than he looks. Very excited by having him in. He has come in, given everyone a boost and wants to conduct a game. There are big games coming up now." - Relegation scrap - While United are looking upwards, Nigel Pearson's Watford are in deep trouble, just one place off the bottom of the table after taking just two points from their past five games.

As it stands, fifth place could be enough to earn a Champions League spot because second-placed Manchester City have been banned from Europe's elite competition for two seasons, pending an appeal.

United, who beat top-four rivals Chelsea on Monday, took the lead three minutes before the interval with their first Premier League goal at Old Trafford since January 11.

Ben Foster pulled down Fernandes in the box and Martin Atkinson pointed to the spot. The Portuguese midfielder picked himself up to convert the penalty.

Watford thought they were level shortly after half-time only to see Troy Deeney's goal ruled out by VAR for a handball by Craig Dawson.

The home side doubled their lead just before the hour mark.

Foster saved Martial's initial shot but the ball came back to the French forward and he produced some wonderful trickery before lofting the ball over the head of the goalkeeper and into the net from a tight angle.

Greenwood found some space and fired home via the underside of the crossbar to put United 3-0 up with 15 minutes remaining.

Old Trafford had earlier fallen silent to remember Harry Gregg, a hero of the Munich air disaster in 1958, who died last week.

Liverpool are Premier League champions in all but name while Manchester City are firmly entrenched in second place and third-placed Leicester have a cushion despite recent wobbles.

But just 10 points covers nine clubs from Chelsea in fourth place all the way down to Southampton in 12th.

Despite their mini-revival, United have a tough run of fixtures coming up, with games against Everton, Manchester City, Tottenham and Sheffield United. 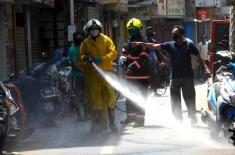 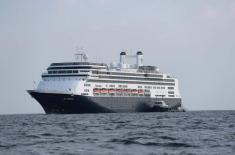 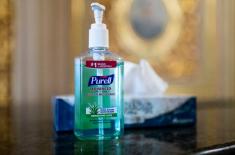 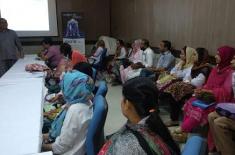 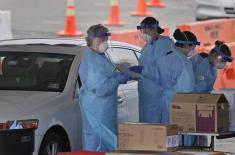 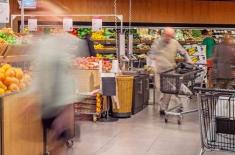