PESHAWAR (UrduPoint / Pakistan Point News - 05th Jan, 2017 ) : Khyber Pakhtunkhwa Governor, Eng. Iqbal Zafar Jhagra while conceding to the genuine causes of delay on part of certain tribal families to go back to their native places has desired that efforts should be continued vigorously for rehabilitation and development of the infrastructure facilities across FATA.

He was talking during a briefing on progress of repatriation and rehabilitation of TDPs from FATA at Governor�s House here on Thursday. Harsh weather conditions coupled with sectarian issues oriented excuses in certain areas have been noted as the major cause of delay in repatriation of the remaining 18 percent affected families hailing from respective areas, the Governor was informed.

Of the 336042 TDP families, it was further told, 276494 tribal families have already been repatriated to their native places. The remaining 59548 TDP families also include those who are camped across the border in Afghanistan, it was added.

Those families living intentialy as TDPs would be de-registered just at a notice of four weeks time and the public would be informed through media means in this respect, it was decided on this occasion.

The Governor while noting the continuity of the problem has also stressed to expedite efforts to getting the foreign commitments materialized and ensure release of arrears within the shortest possible time.

Noting the genuine difficulties in delay of certain TDP families� repatriation, the Governor said that steps are already underway at the proper level to bring back those families who had shifted across the border some time back.

However, he said, no efforts should be spared to ensure efficient rehabilitation of infrastructure facilities and to eliminate the chances of any sort of excuses. The meeting besides the Additional Chief Secretary, Director General Projects FATA and Director General FATA Disaster Management Authority was also attended by the representatives of Pak Army. APP/ayz/rn 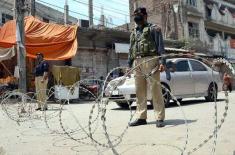 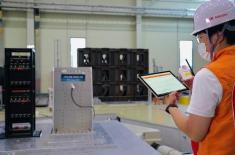 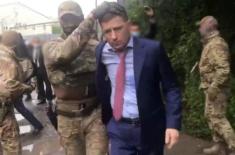