The Amsterdam Court of Appeal was expected to render a decision on July 16 on the return of the so-called Scythian gold collection from the Netherlands to Crimea, but the final verdict was postponed for six or nine months and the sides were tasked with providing additional information within two months, the court said in a statement

MOSCOW (UrduPoint News / Sputnik - 16th July, 2019) The Amsterdam Court of Appeal was expected to render a decision on July 16 on the return of the so-called Scythian gold collection from the Netherlands to Crimea, but the final verdict was postponed for six or nine months and the sides were tasked with providing additional information within two months, the court said in a statement.

The transportation of the cultural property was carried out in accordance with the agreements concluded with the Rhineland Regional Museum in Bonn and the Allard Pierson Museum (the archaeology museum of the University of Amsterdam). In addition to the Crimean museums, the Ukrainian Historical Treasures Museum, a branch of the National Museum of History of Ukraine, also contributed to the exhibits. The exposition included the best items from unique collections that had never been exhibited in Europe before.

On February 6, 2014, the exhibition opened at the Allard Pierson Museum. Under the contract, the exhibition was scheduled to end on May 28, 2014, but in February, its deadline was extended until August 31, 2014.

In March 2014, Ukrainian authorities, which did not recognize Crimea's reunification with Russia, claimed their rights to exhibits from the Crimean museums that were on display in Amsterdam. The Ukrainian Ministry of Culture said the collection's exhibits would be returned to Kiev as they were recognized as state property of the country. Crimean authorities called the Ukrainian actions an attempted hostile takeover.

Valentina Mordvintseva, the exhibition's curator from the Crimean Branch of the Institute of Archaeology of Ukraine's National academy of Sciences, said that Dutch authorities had guaranteed the return of all exhibits to the Crimean museums.

On August 20, 2014, it became known that the museum in the Netherlands had decided not to return the exhibits to Ukraine or Crimea, pending a competent court decision or an amicable agreement, but it was also decided to return the part of the collection that belonged to the Historical Treasures Museum in Kiev.

The exhibition was officially closed in late August. On September 10, 2014, it became known that exhibits from the Historical Treasures Museum were returned to Kiev, while the collection of the Crimean museums was kept in the basement rooms of the Allard Pierson Museum.

Initially, the museums tried to settle the issue through an exchange of letters, but they did not come to an agreement.

In January 2015, the Ukrainian Ministry of Culture and the Allard Pierson Museum joined the judicial process.

In April 2015, the Amsterdam District Court recognized Ukraine as a party to litigation on the return of the Scythian gold collection from the Netherlands, while a similar request from the Dutch side on participating in litigation was turned down.

The Crimean museums were not directly involved in the legal proceedings, and their interests in Amsterdam were represented by a specifically hired international law firm.

The position of the Crimean museums remained unchanged: the Scythian gold collection should be returned to Crimea.

The Russian side was guided by a convention signed after World War II. At that time, it was decided that the museum collections were inseparable. According to experts, on the basis of this decision, there were three weighty arguments for returning the Scythian gold collection to the Crimean museums: the exhibits were found in Crimea, by Crimean archaeologists, and they characterize the Crimean archaeological culture.

The Ukrainian side also voiced its arguments under the same convention. Experts noted that the Ukrainian state gave permission for transporting the collection, and the Netherlands gave government guarantees to return these artifacts to Ukraine, what is written up in contracts signed with each Crimean museum. In addition, the Ukrainian authorities declared that Russia had occupied Crimea.

The Amsterdam District Court reviewed the case for the first time in October 2016, and on December 14 decided that the collection should be returned to Kiev.

The court decision held that when making a verdict, the court was guided by the fact that Crimea was not a country and, therefore, it could not claim its right for the artifacts. Thus, the decision on who should get the artifacts had to be taken by the Ukrainian court after the collections would be handed over to the Ukrainian State. The court ordered Ukraine to refund the Allard Pierson Museum the costs for the temporary storage of the artifacts in the amount of 111,000 Euros ($125,180). The judge also ruled that the Crimean museums should pay a total of 2,800 euros in legal costs to Ukraine and the Dutch museum.

In January 2017, the Crimean museums filed an appeal against the court's decision and changed their lawyers.

The appellate process began in Amsterdam on March 11, 2019. The Crimean museums hope for a fair decision and that the review of the decision would preserve the results of the museums' work on the formation of the collection.

A lawyer representing the Ukrainian side in the dispute said that Kiev rejected any possibility of reaching a compromise in the dispute with the Crimean museums on the ownership of the Scythian gold collection.

The Vice-President of the International Association of Russian-speaking lawyers Mikhail Yoffe said that the collection's ownership from the very beginning had been political rather than legal. According to him, the politicization of the situation proves the reluctance of the Ukrainian side to compromise: the Ukrainian authorities must prove that Crimea is part of Ukraine, no matter what it takes.

After the first court decision was made (on the transfer of the collection to Ukraine), the Russian Ministry of Culture stated that it violated the norms of international law and the principles of the exchange between museums; museum items had to be returned to Crimea, where they had been discovered and been stored for decades. In turn, the Russian Foreign Ministry stressed that the ruling "puts an end to the Hague's cherished ambitions to establish itself as the legal capital of the world." 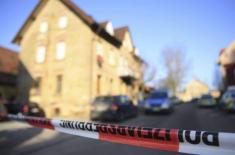 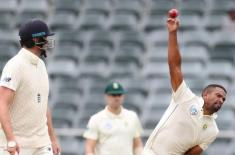 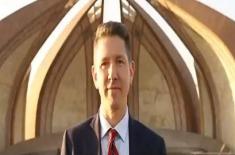 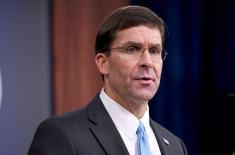 US Still Counts on Diplomacy to Cap North Korea Nu .. 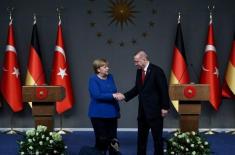 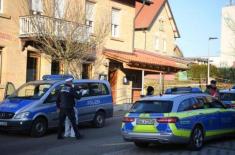