The first helicopter took off 100 years ago this month, piloted by the French inventor Etienne Oehmichen

His experimental machine took to the sky on February 18, 1921, soaring way beyond what a fellow Frenchman and his "flying bicycle" had achieved a decade earlier.

Since that first flight, choppers have become a modern mainstay -- saving lives in rescue operations, and ending many more in wars from Vietnam to Afghanistan.

We look back at the helicopter's multiple uses, from VIP get-about to missile-firing gunship.

- Ultimate status symbols - With private jets, helicopters are the ultimate object of prestige travel, carrying world leaders to key meetings or to their golf courses, in the case of former US president Donald Trump.

But Britain's Queen Elizabeth II, who has her own pad at Buckingham Palace, said she does not like them at all -- even when her sons and grandsons are at the controls.

"Why do they always go round and round when you want to talk," she told naturalist David Attenborough in 2018. They also reminded her of visits by US presidents, who routinely use the Marine One helicopter for trips from the White House lawn.

- The rich and famous - Hollywood star Angelina Jolie purchased a helicopter for over $1.6 million in 2012 so that then husband Brad Pitt could learn to fly. The couple also had a pad installed at their home in southern France, which made it easy for them to hop to the nearby Cannes film festival.

Harrison Ford owns a Bell 407 helicopter and Clint Eastwood has been a helicopter pilot for over three decades.

But celebrities' love affair with choppers can also be fatal.

US basketball legend Kobe Bryant died in a crash in January 2020 while Thai billionaire and Leicester City owner Vichai Srivaddhanaprabha was a victim of a horrific accident in 2018 after flying in to watch his beloved English football club.

- Weapons of war - Helicopters have played key roles in wars from Vietnam to Afghanistan, the Falklands, Syria and the Gulf wars. They are used both in combat, where they can be powerful and devastating with their sophisticated guided missiles, and also for transporting troops and equipment.

- Search and rescue - With their versatility, helicopters are used to pull people out of stormy seas, off mountain-tops and from landslides and earthquakes.

They were also vital after the world's worst civilian nuclear accident at the Chernobyl plant in Ukraine in 1986, dumping thousands of tons of lead, sand and clay to cover the destroyed reactor.

And they were used to extinguish the fire following the devastating port explosion in Beirut in 2020.

They are now also a vital tool to manage large public order operations such as sports events and protests.

- Air ambulances - Some helicopters function as ambulances, especially equipped with a complete set of intensive-care accessories, rushing people from the scene of accidents or transferring patients between hospitals.

- Covering the news - When the story is big enough, news organisations have been known to spend thousands of Dollars on helicopters to help gather news and images of everything from hurricanes and riots to sports events and celebrity weddings.

- Tourist hot spots - Before the pandemic put the brakes on the tourism industry, helicopters gave a birds' eye views to visitors of the Grand Canyon in the United States, the Everest Base Camp in the Himalayas, Victoria Falls in Zimbabwe and many other destinations from Iceland to New Zealand.

- Drones -Helicopters have served as a model for some drones, which range from playthings to weapons of war and industrial and environmental tools. Rotary wing drones are also used for search and rescue and security and surveillance operations. 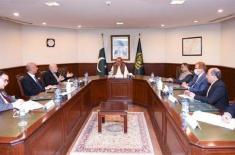