The two countries enjoy unique friendship and all weather strategic cooperative partnership. However, these bonds could further be expanded in the areas of education, people to people contacts and exchanges particularly between the women and youth, she said in an interview.

Zhang Na, who has long been eager to contribute to bringing China closer to the rest of the world, is determined to play to her strengths to further enhance people to people contacts and cultural bonds between China and Pakistan.

This year marks the 70th anniversary of the establishment of diplomatic relations between China and Pakistan, and she intends to invite Pakistani women and youth, so that they will have more understanding for China.

In March 2020, when the Covid-19 epidemic was initially brought under control in China, Zhang Na began to pay attention to help in the efforts of prevention and control of the pandemic abroad.

She and a few like-minded friends ran around together, raised money from various sides, and actively contributed China's strength to the fight against the epidemic in various countries.

So far, they have donated batches of supplies to ten countries, including Pakistan, Myanmar, Bahrain, Guinea, Guinea-Bissau, Ethiopia, Tanzania, Montenegro, Bosnia and Herzegovina, and Albania.

For Pakistan, Zhang Na says she wants to play her role in bringing closer people of two countries, adding, Our two countries are supporting each other and stood shoulder to should through thick and thin during last seven decades.� She remarked that China-Pakistan Economic Corridor (CPEC) is flagship projects of the Belt and Road Initiative launched by President Xi Jinping. China is cooperating with Pakistan and providing economic assistance under the corridor.

There is a need to also enhance interaction between the people of two countries particularly the women who have excelled in their respective fields,she added.

After learning that Pakistan was hit by the Covid-19 outbreak, Zhang Na felt that she should help the local people and develop the traditional friendship between China and Pakistan and the two peoples with practical actions.

Many of our Chinese entrepreneurs are passionate, and they would like to have the opportunity to donate anti-epidemic materials including masks, protective clothing, gloves, hand sanitizer to people in need. After many efforts, the donated materials were finally handed over to concerned officials.� Zhang Na also believes in facilitating females in education and health wants to help Pakistani women especially the young girls through the local organizations working for the wellbeing of womenfolk.

"The world is a big family. What we need most at this moment is solidarity between countries, mutual help and humanitarian solidarity," she concluded. 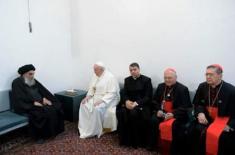 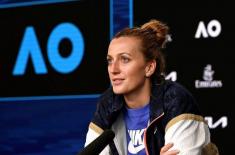