Pristina, (UrduPoint / Pakistan Point News - 12th Feb, 2021 ) :With promises to root out corruption, a new generation of Kosovo politicians is trying to break the old guard's hold on power in elections on Sunday that could usher in a new era.

Since declaring independence from Serbia 12 years ago, the former province has been plagued by political upheaval, economic woes and a drawn-out struggle to secure full global recognition of its statehood.

For most of this era, the reins have been firmly in the hands of former rebels who led the 1990s independence war against Serbia.

But their grip has been weakening in the face of public frustration with widespread poverty and graft in one of Europe's poorest economies.

A court in The Hague has also removed several top former guerrilla leaders from the scene -- including ex-president Hashim Thaci -- after arresting them last year on war crimes charges linked to the 1998-99 conflict.

If they were once feted as independence heroes, Kosovo's political elite have now become the face of the social and economic ills plaguing the population of 1.8 million, where average salaries are around 500 Euros (around $600) a month and youth unemployment tops 50 percent.

"We are the first in terms of corruption in the region and Europe, and the last in terms of economic strength," said Enver Ahmeti, a 24-year-old law student, calling for "new people and new ideas." Polls are favouring the main opposition party, Vetevendosje, a left-wing nationalist movement led by firebrand orator Albin Kurti, who is calling for reforms.

The 45-year-old cut his teeth on the streets as a rambunctious activist who organised large rallies against the local government and foreign influence in Kosovo, which was a UN protectorate in the post-war era.

But in both cases it was eventually outmanoeuvred by other parties, who united to form majority coalitions.

Polls now give the party a chance of securing more than 50 percent of votes.

- Political marches - The election, Kosovo's fifth snap poll since 2008, was triggered by a court ruling that deemed the appointment of the previous government unconstitutional for procedural reasons.

It will mark the third change of government since the pandemic hit Kosovo, claiming more than 1,500 lives.

Kurti has tried to circumvent virus-related bans on gatherings by holding walking marches that have brought thousands into the streets.

Healthcare experts have criticised the rallies, while Kurti's competitors accuse him of megalomania -- his supporters are known for hardcore devotion -- and threatening Kosovo's alliance with the US.

While Kurti himself is barred from running on the ballot due to a 2018 court conviction for throwing tear gas in parliament in protest, his party can still appoint him as its candidate for prime minister.

His chances have also been boosted by a new ally: acting President Vjosa Osmani, who joined his side after leaving the centrist LDK party currently in power.

The 38-year-old law professor is one of Kosovo's most popular politicians.

She told AFP that she wants to clean up corruption from previous administrations and focus on "our people, which means investing in youth employment, health and education." - Serbia talks - While not all support Vetevendosje's full agenda -- including its nationalist history -- many are drawn to the party's reputation as clean of corruption.

"The electorate might not necessarily agree with Vetevendosje but they are surely seeking change of political elites," Donika Emini, executive director of CiviKos Platform, a grouping of civil society organisations, told AFP.

Polls put the PDK -- the establishment party of ex-president Thaci and other former rebels -- in a distant second place, followed by the LDK, the party of outgoing Prime Minister Avdullah Hoti.

There are also 20 seats reserved for ethnic minorities, half for the Serb community.

Whoever forms the next government will be under heavy pressure from the West to reignite talks with Serbia to overcome their lingering disputes.

Belgrade's refusal to accept Kosovo's independence is a nagging source of tension and an obstacle for both in their dreams of joining the EU. 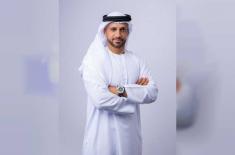 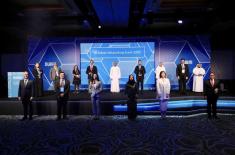 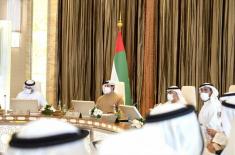 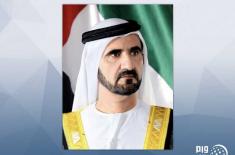