This was announced by the Pakistan Atomic Energy Commission (PAEC) in a news release issued on Saturday.

PAEC operates four nuclear power plants at Chashma, near Mianwali, that collectively generate about 1330 megawatts of electricity The achievement of C-2 and C-4 Nuclear Power Plants is due to the acumen and hard work of PAEC teams of scientists, engineers and technicians. Currently, Chashma Nuclear Power Plants (C-1 to C-4) are producing electricity at an average tariff of Rs. 11.16/kWh, while C-2 has been operating at above 99% of Capacity Factor.

Chairman PAEC Mr. Muhammad Naeem congratulated Member Power and his team at Chashma Nuclear Power Generation Station (CNPGS) for consecutive achievements of continuous operation of C-2 and C-4 NPPs for a year and ensuring all safety parameters even in the difficult time of Covid-19 pandemic. He said that these historic achievements are due to the continuous support of Strategic Plans Division (SPD) and Government of Pakistan.

The stability of the national Grid maintained by National Transmission and Despatch Company (NTDC) has also played a pivotal role in continuous operation of the NPPs for which the company deserves felicitations.

Chairman PAEC further said that PAEC is striving to achieve United Nation's Sustainable Development Goals (SDGs) like producing clean energy and socio-economic development of the country in health, agriculture and quality education. The Commission plans to meet these goals by contributing 8800 megawatts of reliable, clean and cost-effective electricity by the year 2030.

Chashma unit-2 (C-2) is one of the best performing power plants in the country. Its capacity factor throughout its operation remained above 99%.

In first quarter of 2017, it has achieved the status of 11th best performing plant among 41 WANO-TC nuclear power plants in the world.

KANUPP-2 and 3 shall add another 2200 megawatts of nuclear electricity to the grid. 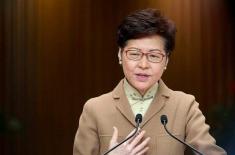 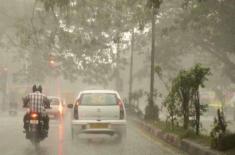