The recent extension of the Strategic Arms Reduction Treaty (New START) - the only remaining nuclear arms pact between the US and Russia - gives both sides a five-year breathing space to negotiate arms control and other strategic treaties such as Open Skies, even as hopes wane for reviving the INF Treaty, analysts told Sputnik

MOSCOW (UrduPoint News / Sputnik - 03rd March, 2021) The recent extension of the Strategic Arms Reduction Treaty (New START) - the only remaining nuclear arms pact between the US and Russia - gives both sides a five-year breathing space to negotiate arms control and other strategic treaties such as Open Skies, even as hopes wane for reviving the INF Treaty, analysts told Sputnik.

On February 3, the United States officially extended New START that is premised on the proposition that each side ultimately reduces their nuclear arsenal to a total of 700 missiles, 800 launchers and 1,550 deployed warheads, prolonging the expiry date till February 5, 2026.

The US decision to re-animate the treaty, which was sealed by then US President Barack Obama and then-Russian President Dmitry Medvedev, was hailed by Russia. Russian Ambassador to Washington Anatoly Antonov said that Moscow expects further talks with the United States on the issues of strategic stability once the new teams in the White House and the State Department take shape.

Meanwhile, Russian Deputy Permanent Representative to the United Nations Dmitry Polyanskiy stressed that Russia stands ready for cooperation and a serious, meaningful discussion with the United States on strategic stability and sees the extension of the New START treaty as an excellent basis for such talks.

Later in February, US Secretary of State Antony Blinken announced that Washington was ready to hold new talks with Russia on arms control and other security issues with the goal of improving strategic stability.

ANOTHER FIVE YEARS TO NEGOTIATE

The extension of New START merely means that Washington and the Russian Federation have "another five years to negotiate," Noah Mayhew, a research associate at the Vienna Center for Disarmament and Non-Proliferation, told Sputnik, adding that he hopes that both countries would use this time wisely.

"Each side should take care that this opportunity to negotiate is taken in good faith and with an aim to conclude a follow-on treaty with the New START in mind, rather than an opportunity to put off the apex of the crisis in arms control until 2026," he said.

Meanwhile, J.R. Myers from Life and Liberty political party who ran for president this November recalled that the Biden administration has indicated that they will continue to pursue nuclear control treaties.�

Dr. Heinz Gaertner, a political scientist at the International Institute for Peace and the University of Vienna sees the extension is "an important stabilizing factor." He, however, pointed out that the current disarmament fails to address other nuclear weapons.

"However, arms control is one of the areas where the US and Russia can and should cooperate. After all, they possess 90 percent of the world's stockpile of nuclear weapons," he concluded.

The sides may discuss and agree on a number of other issues, including the abandonment of the launch on warning strategy, the deal on the legal commitment not to use or threaten to use nuclear weapons against non-nuclear-weapon states, according to the expert.

While Biden reversed a number of Trump's decisions and came back to the New START as well as the World Health Organization and Paris climate accord, the extension of two other major treaties - the Intermediate-Range Nuclear Forces Treaty (INF) and the Open Skies Treaty - appear to be "a different conversation," according to Mayhew.

"A political declaration by the US and Russia not to deploy INF-type missile in Europe would be more than we have now. However, the INF Treaty was a purely bilateral treaty and is now defunct. Given today's political climate, it is doubtful that President Biden could resurrect it," Mayhew said.

The landmark INF treaty between the US and the Soviet Union was signed on December 8, 1987, in Washington by then-General Secretary of the Communist Party of the Soviet Union Mikhail Gorbachev and then-US President Ronald Reagan. The treaty went into effect on June 1, 1988. Nearly 30 years later, in 2018, Donald Trump announced its plans to leave the deal Treaty and formally pulled out in 2019.

In a recent interview with Sputnik, Russia's upper chamber speaker, Valentina Matviyenko, expressed her belief that the INF "was long buried" and it would be "extremely difficult to revive it.

"The time is ripe for creative solutions and fast action for Washington to return to the [Open Skies] Treaty and for Moscow to remain in the treaty. Both governments should capitalize on this opportunity now, at both the ministerial and the diplomatic working level, to quietly resolve differences and disagreements in the implementation of Open Skies and return the treaty to its proper place," he said.

The Open Skies, signed in 1992, set a program for its 35 co-signatories to conduct unarmed aerial surveillance over the territory of the participants to openly collect information about each other's military activities. The aircraft participating in enforcing the treaty is required to attain specific standards to be allowed to conduct the operations. The US left the treaty in November 2020.

Meanwhile, Gaertner believes that while Biden may probably return to the Open Skies treaty, there is likely to be "heavy resistance" by the security and defense establishment to return to the INF.

"It [security and defense establishment] wants to be free to deploy medium-range missiles in Asia mainly to contain China and to put pressure on it to reduce its own missiles - what China is unlikely to agree upon. Some of the missiles will also be targeted at North Korea. Probably there will be not much interest by Russia to revive the Treaty for similar reasons," he said.

INCLUDING NUCLEAR COUNTRIES INTO TALKS LOGICAL

Mayhew believes that both the US and Russia should pursue further dialogue with each other on arms control and nonproliferation.

"When the Biden Administration entered office, US-Russian arms control was on the verge of total and complete collapse. The extension of New START has bought us time, and that time must be used wisely," he said.

In terms of the involvement of the nuclear countries in the negotiations, Mayhew says it is logical that other P5 (China, France and the United Kingdom), and other nuclear-weapons-possessing countries, would take part.

"Given that the US and Russian arsenals are so much larger than any other nuclear arsenal, that does not seem practical at this time. However, the groundwork could be laid now, for example, on involving China at some point in the future," he said.

The Trump administration long sought to draft a new arms control treaty that would also include China or revising the terms of the existing one, which neither Beijing nor Moscow supported.

"That [China's involvement] would require talking with Chinese officials about what their security concerns are and how arms control agreements that involve transparency and data exchange could serve their interests. Simply demanding that China come to the negotiating table will not work," Mayhew stressed.

According to the Stockholm International Peace Research Institute (SIPRI), in mid-2020, the world's nuclear-armed states possess a combined total of 13,400 nuclear warheads. About 90 percent of this nuclear arsenal belongs to Russia and the US. Other nuclear states, like China, the UK, France, Israel, Pakistan, India and North Korea possess the remaining warheads. The SIPRI estimates indicate that China has 320 warheads, while the US possesses 5,800.

Mayhew believes that if the US administration continues to insist on China's involvement in arms control dialogue, there will have to be conversations about further numerical reductions.

"It is conceivable that a trilateral arms control treaty between the US, Russia and China could focus on ceilings of deployed nuclear weapons of certain categories. It will involve dialogue with China to understand its security concerns, rather than simply talking at China and insisting on its involvement. However, we are not there yet, and I believe that it is far more productive to keep the status quo from collapsing before we tackle ambitious new goals," he said.

According to Gaertner, the Moscow-Washington dialogue on arms control, non-proliferation and disarmament could bring about results on different issues since there are many spheres where they can negotiate.

"First and foremost the Iran nuclear deal (JCPOA) has to be re-established as a multilateral agreement. Russia and the US have also a common interest that no other country in the middle East would achieve nuclear weapons, like Saudi Arabia," he said.

The format on North Korea's denuclearization, for example, should include Russia, the US, Japan, China, the EU and South Korea, he suggested. 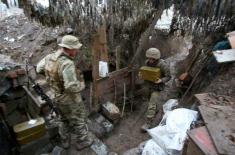 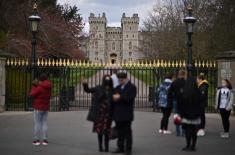 No uniforms for royals at Prince Philip's funeral 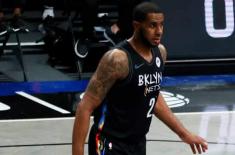 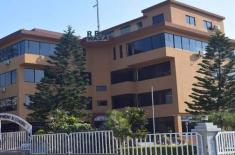 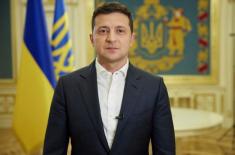 Paris Talks to Become Vital Part of Preparation to .. 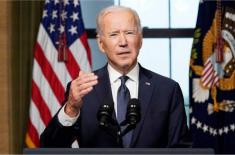