Around 3.5 Lakh Children To Inoculate Against Polio In Islamabad

Around 3.5 lakh children will be vaccinated against polio virus across the city in a five day campaign started on Monday

ISLAMABAD, (UrduPoint / Pakistan Point News - 21st Sep, 2020 ):Around 3.5 lakh children will be vaccinated against polio virus across the city in a five day campaign started on Monday.

The anti-polio teams comprising 2200 workers would approach the children living in the urban and outskirts of the federal capital to vaccine them against the deadly virus, Mayor Islamabad Sheikh Ansar Aziz told media here.

The teams had received special training in wake of COVID-19 Standard Operating Procedures (SOPs) before launching the campaign and were asked to ensure its strict implementation, he said.

During first three day of the camping it would carry out throughout the city while rest of the days the children who could not get anti-polio vaccine for some reasons would be caught, he maintained.

"Parents must immunize their children against polio to prevent them from becoming paralyzed," Mayor remarked.

To answering a query, he said Islamabad Metropolitan Corporation was working for the prevention of dengue virus and fumigation is under way in various areas of the city on daily basis.

Despite the shortage of funds the corporation was trying to carry out its operation in smooth way to facilitate the federal capital dwellers within available resources, he added.

A five-day nationwide anti-polio campaign started today with the aim of reaching 40 million children across the country with the lifesaving polio vaccine.

This will be the first nationwide campaign in Pakistan since February due to a four-month suspension during the COVID-19 outbreak. 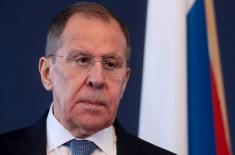 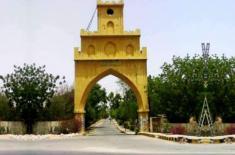