Right On Cue: Fans Can Attend Snooker Final After Government Go Ahead

London, (UrduPoint / Pakistan Point News - 14th Aug, 2020 ) :A limited number of spectators will be able to attend the two-day Snooker World Championship final at The Crucible Theatre in Sheffield beginning on Saturday after the British Government gave the go ahead.

Around 300 fans will be admitted to the indoor venue two weeks after the Government abruptly halted their pilot scheme for fans to attend certain sporting events due to an upsurge in coronavirus infections.

This included the snooker -- though some were still able to watch the first day -- a cricket match and the final day of the Glorious Goodwood racing festival.

However, a fortnight later the government felt things had corrected themselves sufficiently to give snooker the green light.

"We are delighted to announce that a reduced crowd will be welcomed to all sessions of the final of the World Championship on Saturday and Sunday," World Snooker said late on Thursday.

It is estimated around 180 of the 300 who were due to attend originally have retained their tickets.

They will have to wear masks whilst walking round the venue -- the bars will be closed -- but can take them off when watching the action.

The news may not be welcomed by the sport's biggest name, five-time world champion Ronnie O'Sullivan.

The mercurial 44-year-old Englishman -- who trails three-time champion Mark Selby 9-7 in the best of 33 frames semi-final -- said before the tournament when spectators were due to attend the players were being treated like "lab rats".

The Government in their statement said a full list of other events which will be part of the pilot scheme will follow.

"The piloting of a small number of sporting events to test the safe return of spectators will resume from 15 August with a view to reopening competition venues for sports fans, with social distancing measures in place from 1 October," the government said in a statement.

"This will commence with the final of the World Snooker Championship at Sheffield's Crucible Theatre during 15-16 August, with a full pilot programme to follow."The winner of the Selby and O'Sullivan semi-final will play either England's Kyren Wilson or Scottish qualifier Anthony McGill. 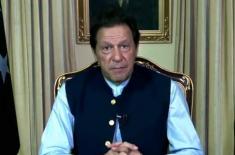