Port Elizabeth, South Africa, (UrduPoint / Pakistan Point News - 16th Jul, 2020 ) :A loud beep rang through an ambulance dispatch room in Port Elizabeth, as yet another caller in one of South Africa's coronavirus hotspots begged for help for shortness of breath.

"A minimum of 70 percent of our work in the past two weeks has been COVID-related," said Dave Gardner, head of Gardmed, the largest ambulance company in Eastern Cape province.

Ambulance services in the badly-hit city are facing a rising tsunami of demand.

Each day, they find it more difficult to dispatch suspected coronavirus patients to hospitals crippled by staff shortages and lack of beds.

"They can't take them, so we are sitting with them in our ambulances," Gardner told AFP last week.

"The longest we have waited is four hours," he complained.

"A couple of times in that situation the patient has said: 'No, take me home'." The Eastern Cape has recorded around 18 percent of South Africa's 311,049 coronavirus cases, making it the country's third-worst-affected province.

"They are understaffed," he added. "So they would rather keep the patient with us. At least in our ambulances they are getting care." - Dead at the scene - Bleary-eyed at the end of a night shift, paramedic Jeanine Jackson said she had declared three patients dead at the scene two days prior. All had called for help with shortness of breath.

"Usually by the time you get there you can at least assist with ventilation," she sighed. "But now, no, you get there and the person has already passed." Health workers in Port Elizabeth say the city's hospitals are swamped -- the pandemic has overwhelmed facilities that were already under-equipped and under-resourced.

"We are trying to find as to how best we can deal with such an issue," he told AFP, noting that a 1,500-bed field hospital sponsored by Volkswagen still contained "very low numbers of patients".

"Maybe they (hospitals) should look into how best they can use such facilities, because it is there for a purpose." - Bodies 'piling up' - Provincial Premier Oscar Mabuyane has vowed to build a 500-bed field hospital in every district and municipal area.

But doctors say there are not enough medical personnel to staff existing facilities.

For Muller, 40, who has been working as a paramedic for many years, the situation in public hospitals has never been "this bad".

"It's horrible inside," he confided.

"My guys are emotionally wrecked... they are literally taking bodies off beds to clear space for new patients." Muller described bodies "piling up" on the floor in the city's two main COVID-designated hospitals, as mortuaries struggled to deal with the surge in deaths.

Over 16 percent of South Africa's 4,453 coronavirus fatalities have been reported in the province.

"The public are not getting informed and seeing the stuff that's happening in there," Muller said.

"They are struggling to pump the bodies out quick enough to different funeral homes." "Never in my career have I moved bodies around to get patients onto beds." Government authorities have consistently denied media access to coronavirus wards, citing patient confidentiality and safety reasons.

Manana confirmed some mortuaries had been "full" last week but said most of the backlog had been sorted.

The state has so far only provided two ambulances and two buses for COVID-19 patients in and around Port Elizabeth. 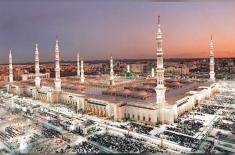 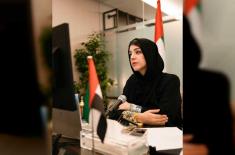