"The Secretary-General is gravely concerned by the outbreak of violence in Mogadishu and calls on all parties to exercise restraint and calm," Haq said.

The UN chief also called on the Somalian Federal government and the federal states' leaders to finalize an agreement on national elections.

Earlier on Friday, clashes between Somalia's opposition and government forces were reported at Daljirka Dahson Square in the capital Mogadishu.

Former President Hassan Sheikh Mohamud accused the government of attacking a hotel where he and his predecessor, Sharif Sheikh Ahmed, were staying.

The situation in Somalia has escalated after the country passed an agreed-upon election deadline, February 8. On Thursday, the Somalian government banned public gatherings, citing a spike in coronavirus cases. 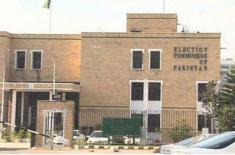