Trump -- who takes office on January 20 -- has embraced the unorthodox tactic of using Twitter and his position as president-in-waiting to intervene personally and publicly in the affairs of major companies.

The 70-year-old Republican property mogul campaigned in part on bringing manufacturing jobs back to America's heartland and allegations of unfair trade -- themes that helped convince voters to support him and not Hillary Clinton.

"Toyota Motor said will build a new plant in Baja, Mexico, to build Corolla cars for U.S. NO WAY! Build plant in U.S. or pay big border tax," Trump said, his latest attack on auto manufacturers investing abroad rather than in the United States.

In November, Toyota, the world's largest automaker, celebrated the groundbreaking for the $1 billion plant in Guanajuato, in central Mexico -- not, as Trump said, in Baja, which borders California.

In a statement issued after Trump's tweet, the company said it looked forward to "collaborating with the Trump administration" to serve consumer and industry interests. "Production volume or employment in the US will not decrease as a result of our new plant in Guanajuato, Mexico announced in April 2015," the statement said.

The Center for Automotive Research said in August that by 2020, Mexico should have doubled its production capacity over 2010 levels. Meanwhile, the United States was expected to drop to 58 percent of total production from 66 percent in 2015.

After coming under attack by Trump, Ford this week cancelled plans for a $1.6 billion plant in Mexico. On Tuesday, he also called for retaliatory taxes to be imposed on General Motors for making some of its Chevrolet Cruze compact cars in Mexico.

The company says only a small number of such cars actually sold in the US are built in Mexico. Toyota is planning to produce Corolla models starting in 2019 and employ 2,000 workers at the Guanajuato plant.

In an annual report filed last year, Toyota said production of Corollas in Mexico would be shifted from Canada, not the United States, beginning in 2019. To meet rising demand, the company between 2013 and 2014 increased production at engine plants in Kentucky and Alabama, and also raised capacity at a parts facility in West Virginia, according to the report.

Toyota President Akio Toyoda last week told reporters that his company and Trump were on the same page. "If you look over the long term, we are oriented in the same direction," Toyoda said at an industry gathering in Tokyo, according to The Wall Street Journal.

Just before 2030 GMT in New York, the company's share price was down 0.5 percent from Wednesday's close, with much of the decline following Trump's tweet shortly after 1800 GMT. 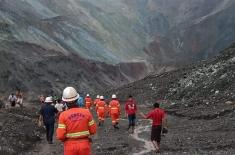 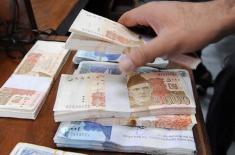 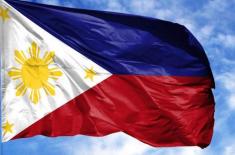 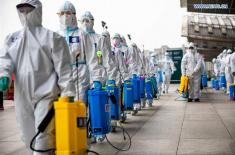